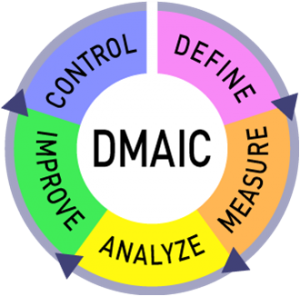 This is an article that focuses on Six Sigma and the fact that many companies view it as an outdated certification. While there are some very credible benefits in being Six Sigma certified, there are some major costs as well. According to the article it was a way to improve quality, but the major reason it gained so much popularity was because of its ability to cut costs and increase profitability. However, there were two standout problems with Six Sigma.

First, having such a process oriented company reduced morale. Employees were being evaluated so much on process that they were not being recognized for their hard work or outstanding customer service. Their employee results were just based on numbers. The second problem was that customer sentiment dropped. As a process focused company, the bottom line is to produce as much as possible with as little defects as possible. This may be great for a manufacturing plant, but for a company that works in customer service, it is ignoring a very important factor, the customers. Often times how a customer is treated will weigh more heavily on their decision to come back than the speed of their purchase.

Furthermore, the article goes on to state process is key, but they also need to focus on things such as innovation and creativity to keep a company moving forward. A company can be an outstanding process performer but if they are behind the times with their products or customer service, then having an excellent process doesn’t mean a lot.

In fact, Home Depot, which was a company mentioned in the article, dropped from first to worst among major retailers on the American Customer Satisfaction Index in 2005. This was a company that was Six Sigma certified and had a CEO who placed a very high value and emphasis on Six Sigma. Another example, which was meant to be an example supporting Six Sigma certification, was the desire by financial institutions to be Six Sigma certified. One of the banks mentioned was Bank of America, and we all know what has been happening with them in the recent news…

In conclusion, as we learned in our class, Six Sigma is an outstanding certification to have. It shows that a company is operating at a capacity with an extremely low rate of defect. However, in my opinion, in the case of the article, it sights that there may be more to a company’s success than excellence process. I tend to go with the belief similar to one mentioned in the article, that Process management is a good thing but it must be leavened a bit with a focus on innovation and customer relationships.

With the article in mind, I have a couple of questions I’d like to open up to the class.

First, would you go out of your way to be a customer of a Six Sigma company?

Second, what is more important to you, a customer connection or Six Sigma certification?