After several major accidents in textile factories in Bangladesh over the past couple months, in which hundreds of workers died, Walmart sent a warning of its new “Zero Tolerance” policy to suppliers. At least two of these factories had what Walmart called “unauthorized” contracts with its suppliers. Walmart has reacted by informing its suppliers that it will no longer tolerate unsafe working conditions or unethical practices in the factories that make goods destined for Walmart stores. In a letter sent to suppliers outlining the company’s new policy, Walmart states that suppliers who fail to meet Walmart’s new guidelines could risk being permanently barred from doing business with the retailing giant. Is this move by Walmart just PR damage control or do you think the company will truly follow through on this new policy? If the company does follow through, is this new stance based purely on calculated analysis that will save money in the long run, or does Walmart truly care about human rights?

On April 24th a Bangladeshi garment factory complex collapsed killing 362 people, although the building housed nearly 6,000 employees and many are still unaccounted for (Link #1). This disaster is at least the third of its kind to occur in the south-Asian nation since 112 workers died in a factory fire in November 2012.

With wages and inflation increasing in China, Bangladesh has seen many garment manufactures move to the impoverished nation. China’s average hourly wage is now $1.34, while Bangladeshi wages are on average between 18 and 26 cents per hour, the lowest in the world. Spurred by cheap labor, the garment manufacturing industry in Bangladesh has grown to about $19 billion as of 2013 (Link #2). This quick growth, coupled with a low-cost focus, has led to unsafe conditions in which many factories have been converted from residential buildings, thus not meeting fire safety or maximum occupancy regulations. According to the executive director of the Bangladesh Center for Worker Solidarity, about half of the factories in Bangladesh do not meet legally required work safety standards, standards that are much lower than other emerging nations to begin with.

To combat this problem, Walmart has released a document spelling out its “zero tolerance policy” pertaining to working and safety conditions in factories suppliers subcontract with (Link #3). Within this document, Walmart states it “would like to improve the safety of [its] global supply chains”, and that it “is committed to value chains that empower people who work in them.” To oversee this goal, all factories in Bangladesh are to be audited by Walmart to ensure they are abiding by acceptable safety standard regulations and “Ethical Sourcing” requirements. Factories that fail to meet these requirements will be added to a “red card” list on Walmart’s corporate website, which will bar them from being included in the company’s massive supply chain. Further, according to the “Zero Tolerance” document, Walmart has been meeting with government officials and other companies who outsource manufacturing to Bangladesh in order to create a united front against subpar labor standards.

If the “Zero Tolerance” measures don’t work in Bangladesh, Walmart’s suppliers may have to move contracts to countries like Cambodia or Vietnam where average hourly wages are 29 cents and 55 cents, respectively. This move will undoubtedly raise costs associated with Walmart’s supply chain, as will implementing the auditing process of Bangladeshi factories.

As a reader of this blog, what do you think Walmart’s motives are for implementing these strategies? From a profit and loss standpoint, do you think this will help or hurt Walmart’s shareholders? 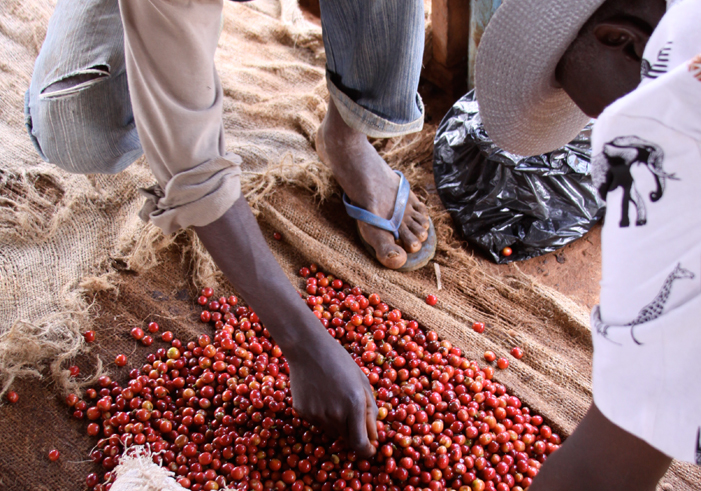 Intelligentsia is a coffee and tea company that directly sources coffee from coffee bean farmers, such process can also be referred to as direct trade. Direct trade is completely different from what most companies do, which normally consists of buying coffee through brokers at the lowest market prices unaware of the coffee beans exact source. The direct trade label is also regarded as more effective than labels like fair trade, in which a 3rd party is involved to determine quality,  a process that has received a lot criticism. In an article about direct trade in the New York Times it was stated that, “Direct trade coffee companies…see ecologically sound agriculture and prices above even the Fair Trade premium both as sound business practices and as a route to better-tasting coffee.” On Intelligentsia’s website it explains their buying philosophy as believing in the quality of coffee and doing so by working closely with actual producers. Intelligentsia explains that in order to manage such exceptional quality they must follow the direct trade criteria. The direct trade criterion not only defines Intelligentsia’s quality but it also shows who is responsible for it, which demonstrates managing quality. The 6 points of criteria, as listed on their website, are as follows. 1. Coffee quality must be exceptional. 2. The grower must be committed to healthy environmental practices. 3. The verifiable price to the grower or the local coop not simply the exporter, must be at least 25% above Fair Trade price. 4. The grower must be committed to sustainable social practices. 5. All the trade participants must be open to transparent disclosure of financial deliveries back to the individual farmers. 6. Intelligentsia representatives must visit the farm or cooperative village at least once per harvest season, understanding that we will most often visit three times per year: pre-harvest to craft strategy, during harvest to monitor quality, and post-harvest to review and celebrate the successes. As we’ve learned in class it’s important to globalize companies for many reasons, a few include reducing costs and improving supply chain management which will naturally overlap with the critical decisions, like management quality and again supply chain management. Not all companies who globalize, manage the quality of their source and instead look for the cheapest prices, inter this can result in sourcing from places with unethical practices. In my personal opinion to reduce costs by sourcing from a source that under pays their employees or doesn’t ensure a safe a work environment, is not a justifiable or ethical trade-off. I believe examples of company’s operations like Intelligentsia can demonstrate ethical and responsible globalization, not only in quality but also within the supply chain. Of course the price of their coffee doesn’t come cheap, it is more of a luxury, but in perspective not more of a luxury than buying Starbucks daily.