After several major accidents in textile factories in Bangladesh over the past couple months, in which hundreds of workers died, Walmart sent a warning of its new “Zero Tolerance” policy to suppliers. At least two of these factories had what Walmart called “unauthorized” contracts with its suppliers. Walmart has reacted by informing its suppliers that it will no longer tolerate unsafe working conditions or unethical practices in the factories that make goods destined for Walmart stores. In a letter sent to suppliers outlining the company’s new policy, Walmart states that suppliers who fail to meet Walmart’s new guidelines could risk being permanently barred from doing business with the retailing giant. Is this move by Walmart just PR damage control or do you think the company will truly follow through on this new policy? If the company does follow through, is this new stance based purely on calculated analysis that will save money in the long run, or does Walmart truly care about human rights?

On April 24th a Bangladeshi garment factory complex collapsed killing 362 people, although the building housed nearly 6,000 employees and many are still unaccounted for (Link #1). This disaster is at least the third of its kind to occur in the south-Asian nation since 112 workers died in a factory fire in November 2012.

With wages and inflation increasing in China, Bangladesh has seen many garment manufactures move to the impoverished nation. China’s average hourly wage is now $1.34, while Bangladeshi wages are on average between 18 and 26 cents per hour, the lowest in the world. Spurred by cheap labor, the garment manufacturing industry in Bangladesh has grown to about $19 billion as of 2013 (Link #2). This quick growth, coupled with a low-cost focus, has led to unsafe conditions in which many factories have been converted from residential buildings, thus not meeting fire safety or maximum occupancy regulations. According to the executive director of the Bangladesh Center for Worker Solidarity, about half of the factories in Bangladesh do not meet legally required work safety standards, standards that are much lower than other emerging nations to begin with.

To combat this problem, Walmart has released a document spelling out its “zero tolerance policy” pertaining to working and safety conditions in factories suppliers subcontract with (Link #3). Within this document, Walmart states it “would like to improve the safety of [its] global supply chains”, and that it “is committed to value chains that empower people who work in them.” To oversee this goal, all factories in Bangladesh are to be audited by Walmart to ensure they are abiding by acceptable safety standard regulations and “Ethical Sourcing” requirements. Factories that fail to meet these requirements will be added to a “red card” list on Walmart’s corporate website, which will bar them from being included in the company’s massive supply chain. Further, according to the “Zero Tolerance” document, Walmart has been meeting with government officials and other companies who outsource manufacturing to Bangladesh in order to create a united front against subpar labor standards.

If the “Zero Tolerance” measures don’t work in Bangladesh, Walmart’s suppliers may have to move contracts to countries like Cambodia or Vietnam where average hourly wages are 29 cents and 55 cents, respectively. This move will undoubtedly raise costs associated with Walmart’s supply chain, as will implementing the auditing process of Bangladeshi factories.

As a reader of this blog, what do you think Walmart’s motives are for implementing these strategies? From a profit and loss standpoint, do you think this will help or hurt Walmart’s shareholders?

Nowadays it’s rare to hear about someone who did not shop or order a product online. I remember my first time I decided to buy a book from Amazon since year 2000 and I felt that I’m not going to receive the book and the money I paid is gone as I didn’t shop online before. The second step after placing the order is the invoice; there were multiple options for shipment based on duration and the higher the duration (number of days from placing the order to delivery) the cheapest it costs. As a result, Amazon allows me to adjust my invoice based on my preferences and urgency on receiving my order; I place my choice as the most urgent as I remember it was three days. Next day my friend told me that I can track the shipment then I login to Amazon and look for tracking shipment, it was showing that my order has left the U.S. and it’s in London ready for shipment to Bahrain. At last I got my book after three days as I requested and I was happy and surprised at the same time. 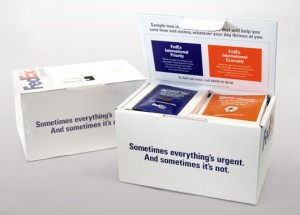 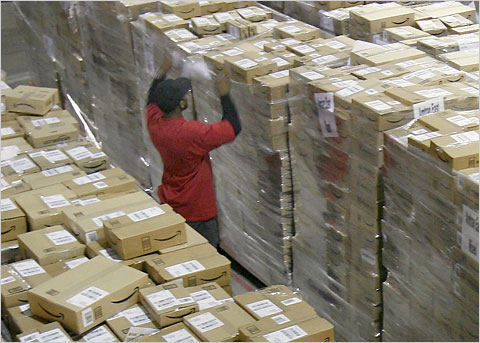 How Can Amazon or any online shopping portal handle customer orders shipment? Do they do it by them self or do they outsource it to other company?

When I receive my order it was packed in FedEx box then I realized that Amazon is outsourcing the function of online tracking,
handling delivery and customs clearance.

We have learned from our first session that Operations Management has ten critical decisions and one of them is supply chain management. It is obvious that Amazon supply chain manager find outsourcing logistics is advantageous in improving delivery reliability and speed.

As Amazon is focusing in its core business, the concept of outsourcing supply chain is now entrenched as best practice in most sectors. Whether the business is shipping within Asia or across the globe, FedEx is in the business of providing integrated supply chain solutions to customers. The many benefits of an efficient supply chain will help contribute to the business most important goal – improvement of bottom-line profits.

Benefits that can be achieved by working with FedEx include:

Is FedEx more efficient in handling shipment, delivery and custom clearance than if Amazon did it by itself? Is Amazon driving down cost by having FedEx as a partner ?