In an interesting article that I have read called “ why does project management fail?”, the author tries to bring his own experience and theories into play. He starts talking about how many companies question themselves and that they think that project management is just just a mixture of tools and techniques that should guarantee their success.
As we learned in class, project management consists of two parts, the first one is dependent on science which are tools and techniques. The second is that its also an art, it is important to put in our mind that even with the best planing techniques possible, even if we put a contingency for every event, things still go wrong. It is in the art of project management that we learn how to adapt and move on to make something work.
The author goes on explaining that there are some factors which lead to the failure of project management in organisations such as the” Lack of knowledge, lack of organisational policy, lack of enforcement of policy and procedures, lack of consideration for the magnitude and complexities of project management”. It is true that project management tools are only as good as the people who use them and it is a philosophy that would work only if everyone in the organisation or at least the specific project is onboard.
Some times it is better to outsource, if a certain company doesn’t have enough knowledge/resources and doesn’t feel it has the discipline to adopt project management methodology. There are some companies whom specialize in consultancy and project management, in fact outsourcing could save those companies a lot of money and energy as well as add proficiency.
It is also important to look at the role of the project manager himself, we spoke in class about Active and reactive managers. I think that the article focuses on the benefits of active managers and dismisses reactive managers. It is true that being active means that you should be ready for different scenarios and prepare all contingencies in advance, but that is the science part. Reactive management is more like the art part where you would have to work with whats introit of you. A balance of the two is always needed, you don’t want to start a project without any plan, in the same same time you don’t want someone whom wouldn’t know how to respond when something goes wrong and he had no way of putting a contingency plan for it.
Some think that project failure is only due to not being able to deliver to costs or expected quality or even missing the deadline. Those are all valid reasons, but leadership and organisation philosophy is what could be put as the thin line between project success and project failure. 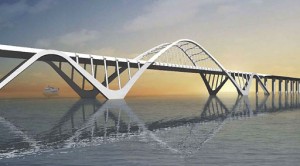 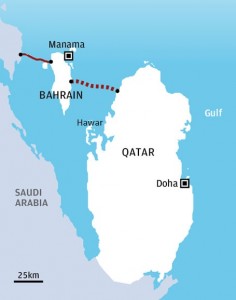 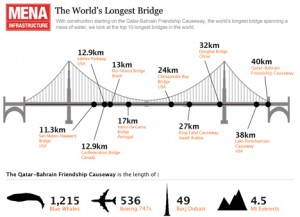 The full text of this article is available at http://www.manufacturing.net/articles/2012/01/top-10-project-management-trends-for-2012.  I will cover the widespread adoption of Agile in this post while my second post will cover the adoption of collaboration software tools.  Together these two trends will have a profound impact on PjM and project success rate.

Traditionally, PjM used the waterfall model popularized by Dr. Winston Royce in his seminal paper entitled “Managing the Development of Large Software Systems,” advocating a production line method to software development in which each phase must be completed before the next phase is started with little to no iteration or communication between phases.  Although it made sense to use this methodology in the 70’s and 80’s when expertise was highly specialized and computing resources were scarce, it soon became apparent that errors and changes found in later phases of development were extremely costly to address.  These errors or changes required stopping the current phase and going back to previous phases to fix or change requirements thus adding expensive delays to the project, increasing cost and in some cases completely abandoning the project due to severity of the errors discovered at a late stage of development.

With the advent of the internet and dramatic cost reduction in computing resources, alternative project management methodologies are being experimented to address inherent drawbacks in the waterfall model.  Over the years, Agile project management methodology has gained popularity. Agile uses a different approach to project development.  It attempts to provide many opportunities to assess the direction of a project throughout the development lifecycle. This is achieved through regular cadences of work which are known as sprints or iterations, at the end of which teams must present a shippable increment of work.  This iterative process allows project teams to quickly adapt to changes or error detected in an iteration. Another benefit of Agile is allowing project teams to divide a large deliverable into key components prioritized by the customer thus allowing them to introduce products faster to the market.  Customers can evaluate the reception of the product and then decide to either expand or shut down the project.

Thus, Agile provides greater flexibility and faster time to market for products.  It ensures higher project success rates as the cadences can be setup to ensure minimal resource usage per sprint.  Highly specialized and costly resources can be allocated in the just-in-time method to optimize usage and cost.  Nevertheless, project managers should be aware and manage the drawbacks of Agile such as spinning in a single iteration and scope creep.  As long as these issues are managed properly Agile or some hybrid form of Agile will become a dominant project management methodology of the future.

What are some of your experiences using Waterfall or Agile or both?

During our first class, we got to do our first exercise. This exercise was making the paper puppets. Though I was not involved with the workers or even the timer guys. I was observing the whole operation. The teacher acted like the project manager, and 5 class colleagues were doing the assembly line workers job.

During this exercise, each worker was given a task to be done. The teacher was putting pressure on them as she was acting like the project manager. As a result, they were trying hard to finish as much paper puppets as possible. I was observing the behavior of each worker, since the last three workers were sitting idle until the second worker finishes her job. Her task was a longer task than the rest, thus she was a bottleneck. The class was fun and we have learned a lot.

Some of what we have learned from this class was:

Here are some pictures that I took during class while we were doing the exercise: (Note: Some faces are blurred because they asked me to blur their faces). Edit: One more colleague asked for her picture to be blurred., so I re-uploaded the images.