In class, we discussed the idea that productivity is a measurement derived from how much outputs are produced over how many inputs are put into the production. Knowing how important production is, I decided to compare the math with the practice of making cars.

An article in the Economist discusses how large Japanese automobile manufacturers such as Nissan, Toyota, and Honda make money by large productivity. The article reports that many car makers believe that a firm must churn out at least 6 million cars in order to make money. This makes sense, as more production eventually becomes cheaper due to economies of scale.

However, the main purpose of the article was examining how market followers, such as Mazda, Mitsubishi, Suzuki, and Subaru are making a profit without the mass production. Being smaller firms, they do not have the means to compete on volume, as is the norm with the market leaders. To further emphasize their desire for independence, many car markers have thumbed their nose at merging with their larger competitors, instead focusing on exporting their cars to the US, and capitalizing on cheap labor from places such as India. So, through a mixture of tax breaks and the focus on improving efficient consumption of oil, smaller car manufacturers have been able to cling to their independence.

However, there are problems on the horizon. It is apparent that many of the large car manufacturers are focusing on new fuel mediums. This is due primarily to the effect oil pollution has on the environment. Pro-environmental pressures are making noise about continued development of oil-powered cars. In addition to these pressures, government officials add further strain by passing stiff taxes on the purchase of oil. It is known that the development of cleaner fuel will result in more jobs, but it also puts the smaller car manufacturers at a disadvantage.

In this market, it can safely be assumed that the market followers should have merged with the leaders. In this case, productivity is, indeed, an important component. In the current situation, these car manufacturers enjoy freedom from the sway of the big three. However, in the long run, the tax breaks and oil efficiency will be phased out, and once more, productivity will be the primary dominant measurement of success.

However, falling oil prices may stave off environmental watchdogs and provide a saving grace for the smaller companies, allowing them time to transition from oil to another fuel source. Also aiding these smaller companies is Japan’s history of supporting failing businesses. But it is uncertain whether or not this will be enough to prop up the smaller companies, as Japan has just exited a deflationary period, resulting in a weakened currency and a more expensive bailout bill .

Given all of this, what do you think that the followers should do to protect their business? Do you think that gas prices will afford enough protection? Will Japan continue their history of bailing out failing companies now that they have weaker currency? 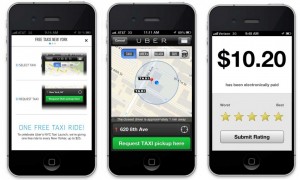