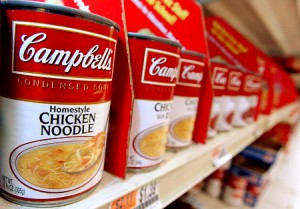 GrubHub and Seamless have now merged into one company. Last year alone they collectively earned over $870 Million dollars in profit. GrubHub has Chicago origins while Seamless started in New York.  Mike Evans the co-founder of GrubHub and the newly combined companies COO said, “I’m excited about the expanded restaurant network that our diners will be able to use.”

The merge initially has many benefits, but over time there are very important executive decisions to make in order to optimize all dimensions of a quality service. One benefit is that combined they will operate in over 500 cities in the United States. They also decided to keep all 650 full-time employees. The former CEO of GrubHub Matt Maloney will remain CEO while the former CEO of Seamless Jonathan Zabusky will be president.  Both former companies have merged with much smaller organizations in the past. For example in 2011 GrubHub bought Dotmenu which gave them an extra 250,000 menu listings at different restaurants around the nation.

The company still has many decisions to make. One decision the company has yet to make is the name of the new brand. Perception is reality, and they should take very careful consideration of how to name the new brand. They have been heavy competitors in cities like Chicago for many years, and they have both built their own brands into what they are today. GrubHub did have more profit, and therefore it would be advantageous to keep that name over Seamless. Changing the name entirely is also an option. Since there whole process is derived from online use it is unlikely they will create a new name. For example if a family uses GrubHub or Seamless on a nightly basis, they will likely have the URL memorized or saved in their favorites. This means the new company needs to be very transparent and loud with their changes in order to retain the brand loyal consumers from both companies.  I have one recommendation if they decide to change the name of the company, and that is to buy a new website with the company name. Then link both former websites to the new website which on the surface seems like it would satisfice all the consumers. From there the new company needs to internally improve their servicing process.

After the merged company has chosen a conforming brand they should also merge the processes to optimize reliability. They can assume they will have a large impact in the market for online food ordering because separately they held large portions of the market share. It is likely that both former organizations had their own unique processes, but one standardized process would be most financially beneficial.