Nike is a large company that has been pretty successful with providing the ability to customize footwear but still being able to produce large quantities. For 10 years now, Nike has given customers the ability to customize footwear to their specific liking including options for color, material, fit and performance. Nike has gotten the mass customization of footwear down and is able to provide this luxury to consumers in the US, China, Japan and 21 other European markets. Being able to deisgn footwear exactly how you want it will attract more customers and customers typically are willing to spend more money on something that is exactly what they want, giving Nike the ability to charge more for these products.

The Nike ID products have a wide variety of options but these options are still limited giving them more control of the production making it easier to produce these custom items at a cheaper cost. Nike has been able to be successful with this option because consumers are attracted to originality of their product. Consumer’s want things that not everyone is going to have and the ID products are all unique so you won’t run into everyone else at the gym wearing the same shoes as you.

I have personally been able to use the Nike ID function for a gift for someone. I was able to customize the product very easily with a large variety of choices, but I was not completely able to design the shoe my own way. There were enough design options and colors to satisfy what I was looking for and it made it very easy to follow along step by step in the creation of the shoes. The colors and design of the shoe were exactly what I had expected them to be and I was very pleased with what I got. Typically there are problems with coloring when ordering things offline, but Nike seemed to have their colors true to what you saw.

Nike has been successful with their program of Nike ID and they are able to maintain low costs while producing a high quality item. I was also impressed by how quickly I received my item because I expected a long delay with the customization. After Nike’s program came out, I started to notice more companies doing the same with phones and tablets.

What do you think about being able to customize products? What problems have you seen with your experience, if any, with mass customization? 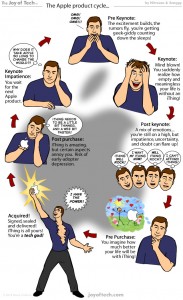