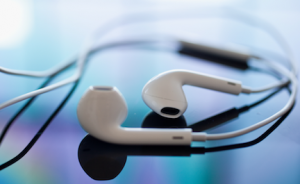 One word to describe Apple? Mine would be: Evolution. When taking any of their products into consideration, ask yourself this: When was the last time this product was updated? Probably not too long ago..

The trick with Apple is, that nothing is “too small” to change. Any change, no matter how seemingly incremental is done with purpose at Apple. This ranges from the bigger products such as laptops and tablets to the smaller, such as with their earphones. Considering there isn’t exactly a shortage of Operations-related Apple news on our blog site, what’s one more? Apple’s operations are so constantly in flux and evolving, there’s a lot to explore with their operations/products.

Shortly following the release of the iPhone 5, people were suddenly seeing a television commercial for the newly redesigned slick Apple earphones, now dubbed Earpods. The commercial effectively highlighted all the issues consumers had with the previous headphones incarnation, and explained how the new Earpods were designed for comfort, quality and sound transmission. While some might think this minor change to such a small product isn’t a big deal, the fact is that it actually is a big deal, especially from an operations standpoint.

Think back to product strategy options in chapter five’s Design of Goods and Services. When we think about Apple’s products and their constant changes and updates, this evolution technique of theirs is a clear example of the differentiation product strategy. Consider their aluminum laptops, iPad introduction, the iPod, the touchscreen smartphone and the App store. All of which revolutionized the electronic product industry, often imitated by competitors but never replicated. Apple effectively dominated their market because they introduced most of these product concepts, they wanted their products to have an edge that their competition lacked.

After the Earpods came to my attention, I read two articles on Wired and Engadget reviewing the Earpods and praising them for eliminating the problems that the older earphones had. Apple stated, “A breakthrough design for a more natural fit and increased durability, and an incredible acoustic quality typically reserved for higher-end earphones.” And they delivered. The sound is clearer, less rubber and metal, they feed sound comfortably on the edge of the ear canal, airflow and bass are sharper and they’re sleeker and conform to most ear shapes/sizes.

Operationally, when creating the Earpods Apple utilized Quality Function Deployment, wherein they identified customer wants and satisfied them. The Earpods differentiate in two ways, the first being that they’re physically/structurally very unique in appearance, sleek yet functional. The second is that they  retail for $29, the same as the old models. Not to mention, free with the iPhone 5 or new iPod. You get the quality of earphones that usually sell for $100+ but at the previous price. Apple listened to their customers and it paid off in satisfaction.

Where do you think? Do you think the Earphones are a testament to Apple’s evolution or is it an unnecessary change? Should Apple’s differentiation have a different target?

When I think about Apple Inc, two relatively recent events occur to me: the death of Steve Jobs late last year and the highly anticipated release of the iPhone 5. It was speculated that disaster would occur by correlating the two previously mentioned events. With the death of Jobs, many thought that Apple’s production quality and perfectionism would suffer, including the release of one of their big sellers after Job’s death: the iPhone 5.

Tim Cook, Steve Jobs’ successor, has put people’s qualms and worries to rest following the release of the iPhone 5. Many attribute it to Tim Cook’s mastery of Apple’s supply chain. An article I read in the Huffington Post, highlighted the difference between Jobs’ revolution angle versus Cook’s evolution angle. Cook focused more on the product launch and its release as opposed to Jobs’ meticulous attention to the product itself. Cook has proven that focusing on the often burdensome task of Supply chain can in turn make or break a product’s reception and release, the company’s earnings and the company itself.

Cook’s attention to the supply chain aspect has sped up the global launch of the iPhone 5. His methods have prompted Wall Street to raise  price targets for Apple stock due to economic optimism following the launch. Under Cook’s “production vision”, the iPhone 5 will be in 100 countries by the end of the year, 30 more than the iPhone 4S in a similar period.  Cook introduced a dividend to pay out part of the more than $100 billion cash stockpile, raised salaries for the low-paid Apple workforce and sped up product rollouts. Cook has also invited business partners (investors, analysts and executives) into the “lions den” so to speak, an action not previously entertained under Steve Jobs, to have a more hands on look at the work that Apple was doing now.

Cook’s attention and focus on the supply chain management aspect of Apple, has clearly shown lucrative results. While Steve Jobs may have made Apple revolutionize the industry by focusing on the user experience, Cook has proven that dealing with all production aspects can yield loyalty, optimism and productivity from investors, partners and consumers.

I wholeheartedly think that Steve Jobs was brilliant in his tactic to surround Apple’s products with a mystique prior to their launch and releases, as well as perfecting theproducts for end users and from the user expereience. However, Cook has proven that attention to supply chain is equally as important to the company as whole, and inviting partners into the process strengthens their loyalty to the company.

Where do you stand on this matter? Do you think Jobs’ approach is superior to Cook’s? Do you think Cook’s approach can be maintained and will keep working for the years to come? Should product release come before product user experience?