Would you agree to be recorded while in surgery? Would you agree if you knew that the doctors would take better precautions and be on their best behaviors when they are recorded? The quality of care rises overwhelmingly when doctors know they are being recorded, so why wouldn’t they always be recorded? The article states that doctors follow the hand washing guidelines about 82% more when they are recorded, compared to 7% when the cameras are off. It only makes sense to enact surveillance for all surgeries because the doctors are more inclined to behave better. Just as a retail store or any office behaves better when they know the cameras are on, the doctors do the same. When I think about a hospital I tend to think about how they have higher quality because they are working with sick human beings and these peoples lives are in their hands, but maybe that’s not the case. If I was in surgery I would prefer to have the camera on in order to receive the best quality procedure I could. If my life were in someone else’s hands, I would want the best care in order to come out alive without complications from negligence. Yet there are also the chances that in the course of playing by the book, some miracles would be prevented because doctors are worried about the proper procedures to follow. The precautions that are being looked at are whose going to own the videos, can the surgeon refuse to be recorded, and whether or not surgeries that deal with private areas can be recorded. Doctors disagree to be recorded because of the possibilities of malpractice lawsuits that could be issued.

Besides the quality issue, the article also mentioned the doctors can use the videos as a review for techniques and ways of improvement. When I played sports, the use of video reviews were very helpful. Whether I was reviewing my own techniques or reviewing an upcoming team, I could always learn something new to improve my skills. The videos can also be used as a teaching method for new doctors and students. If the use of cameras equals better quality, I’m all for it. If it’s a matter of patient privacy, then the consent should be put onto the patient and they should be able to choose whether or not to press record.

The topic is interesting and both sides of the argument have valid points. It will be interesting to see what happens in the long run and why they chose it to be that way.

So, let me know what do you think about the quality of hospitals, and would you agree or not agree with the use of cameras? 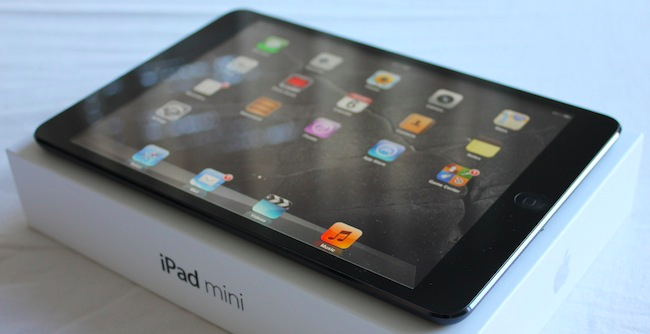 After hearing this news about a month ago, I decided to post it and get others responses to it.

It seems although they are in a bitter legal battle with each company suing each other, Apple is still doing business with the Korean company Samsung, but for how long? The relationship started because the companies that previously provided the displays for the iPads, weren’t meeting with quality standards and were dropped. These companies included LG and Sharp Inc. Now it seems that because the legal battles that are happening, Samsung will also be dropped. It seems that the new company to step in and win over Apple’s iPad Mini, is Innolux. Innolux already provides Apple with the displays for the big iPad, and iPod Touch, so the change should be easy.

For those of us who have iPhone, we all noticed how the maps changed when Apple and Google parted ways. A lot of us found out that we were driving or walking into the middle of an ocean when we would look for destinations, or the maps wouldn’t fully load correctly, of course now its fixed after a couple of updates. So will another debacle like this happen when they part ways with Samsung? As consumers, we hate it when the quality of a good product continues to decline and there are a lot of Apple consumers who are very happy with the components that Samsung provides to these devices. Not only are they providing the display panels, but they also manufacture the chips for the Apple devices.

The major question that will be looming is will the quality of Apple products start to decline? It’s been said that Apple is dropping Samsung because of the costs that are now being demanded, so will looking for lower costs, lower the quality? I find it natural that Apple would want to drop Samsung because of their legal battles. Why would they want to help and contribute to their competitors? Samsung is stepping up in the technology industry and is becoming a big competitor to Apple and it’s in their best interest to part ways before the blueprints to their best selling devices are found out.

As news of “The Next Big Thing,” the Samsung Galaxy S4 has come out, will it make a splash big enough to make some new converts? I’ve heard some of the new features on the phone and I find them a little bit weird. The biggest one is the ability to wave your hand to switch screens. Just picture yourself waving your hand at your phone and think about how you will look. I’m not knocking it all, I just find it funny. Each phone is targeting different customers, but are always pinned each other for top spot.

Let me know what you guys think about the new move and if it will or will not effect the quality of Apple products. Feel free to chime in on the new S4 as well.

This year is an awesome tech year, if you like that kind of stuff.  Instead launching one or two big gadgets just in time for the holidays, there have and will be a barrage of gadgets that will fit under the tree, and they are big competitors too.

Just like a movie release doesn’t want to be outshined by another big movie, neither does a tech company. Companies will push back or move forward their release dates and some will even go as far as to move because they want to reach consumers faster than competitors. This month, tech announcements all landed within about a week with announcements for Windows 8, Microsoft Surface, The iPad Mini, Google Chromebook, Nook HD, Windows Phone 8, A 10-inch Samsung tablet, a new Google phone and many more. Differentiation is “distinguishing the offerings of an organization, in a way that the customer perceives as adding value”(36, Heizer and Render). Do any of the companies really have this differentiation, or doesn’t this affect attitudes toward a new product? I would have to say that Apple set itself ahead of other competitors a few years back when it introduced the touch screens before anybody else, but now it seems there is a lot of copy cat gadgets, where its hard for them to get that differentiation anymore.

We already talked about forecasting in our operations management class, but how can each company have an accurate forecast with so many competitors in the market, dropping some pretty cool additions to the tech world?

On a side note, does the color of one gadget to the next bring up a concern in the selection process?

One of the most depressing parts of this article was the fact that some hospitals believe they have to choose between quality of care and saving money. Why can’t you have both? This is what Seattle Children’s Hospital is helping to solve.

Before implementing the continuous performance improvement plan, nurses at the Children’s Hospital actually resorted to stealing and hiding tools and supplies needed for everyday use. When reading this, the first thing that came to mind was a hotel. It reminded me of taking supplies off of the housekeeping carts and storing them in the hotel room. So is this a proper way of keeping track of inventory? Of course not, so they implemented a plan similar to retail or manufacturing companies, where each nurse would have a fully stocked cart with two bins for tools and supplies needed for everyday use. When they used one bin, the next would be readily available. The empty bins would then go to a central supply office where the bins are scanned for restock or reorder. If this sounds oddly familiar, it should. The company most known for this inventory plan is Toyota.

I saw this plan up close and it really works well. I plan on working in the Healthcare field after graduation, so I shadowed a healthcare administrator at one of the Park Nicollet hospitals in Minneapolis (not at the Minneapolis campus with Nellie Munn). This inventory system is actually one of the topics you can still talk about with nurses and see how they needed time to get used to it, but highly prefer it over the other “steal/hide” system.

Do you think that Hospitals should start implementing methodologies of operations management?