Dodge ball Tournament – Team 5 hosted a co-ed dodge ball tournament on October 19th 2019 from 4:30-6:30pm at DePaul’s Ray Meyer Recreation Center. Team 5 will raised funds by charging an entry fee per team ($60.00) or individual fee ($10.00) for those that want to participate but do not have a team. In addition to entry fees, we sold raffle tickets for additional prizes and create a Facebook event to solicit donations from friends and family members who were not able to attend the event but still wanted to donate.

Maestro Cares Foundation (MCF) is a non-profit organization that supports underprivileged youth, more specifically boys, by providing them with necessary resources, as stated above. The organization was founded by Zaidy Cardenas, her father, and Marc Anthony (a well-known musical artist). After volunteering at an orphanage in the Dominican Republic, Zaidy noticed that the all-girl orphanages were well taken care of compared to the all-boy orphanages. The boy’s orphanages lacked the most necessary things such as education and sufficient sleeping space for all.

As stated above, Zaidy knew that these young boys needed help and was determined to make a change, not only in the Dominican Republic, but all of Latin America and the U.S. Zaidy approached her father about the idea and her father introduced Marc Anthony to the idea. In 2012, Maestro Cares Foundation was created and has been successfully providing housing and other necessary resources to disadvantaged kids, thus providing them with a better future, which will ultimately allow these children to get out of poverty.

In order to have a successful event, we needed to have a minimum of 48 participants (8 teams – 6 participants per team). The day of we had roughly 65-70 people show up to the facility. 50 of those were participants.

The $1,065 was a combination of participant fees and online/venmo donations along with day off raffle ticket sells.

One of the biggest lessons learned was how to communicate. We did not set a clear communication plan at first and several times our ideas and opinions got lost in endless text messages threads. There were times two team members were having a conversation about an idea/thought and the other two members were in meetings or not close to their phone and by the time they got to the phone a whole new conversation had already started. The second lesson is to be ready for the worst to happen no matter how prepared you are. The day of the event, we realized that we should have toured the facility the day before in order to have a better idea of what was going to happen the day after. It did not help that we were only allowed to arrive 15 minutes before the event started. Those 15 minutes felt more like 5 minutes because people started arriving and we had to just deal with it and start the registration process.

The biggest advice we can give to all future teams is to communicate at all times! It is very important to voice your thoughts and opinions, the last thing you want is to be planning for an event you are not fully on board with. After deciding on what you want to do, have fun! Our team had a really good time planning and hosting the dodge ball tournament.

Pictures of the Event – 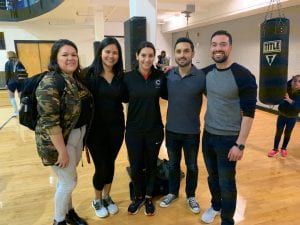 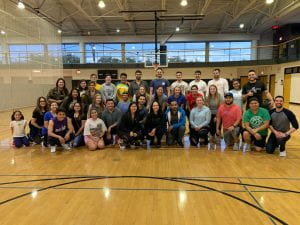 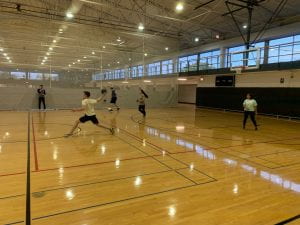 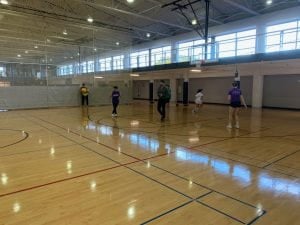 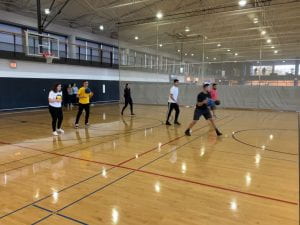