The project’s idea was to run a carnival for charity event, which revolved around two main objectives, The First Objective is to create awareness regarding the cases of students who have learning disabilities and require a rehabilitation process in order to blend in with society.

The second objective of the project is to raise funds for the sole purpose of donating to the charity organization. The funds are to be generated on the day of the event through selling food such as corn, popcorn and various other items to the participants of the event. 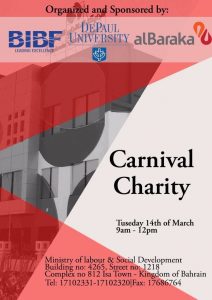 Brief Description of the Charity organization:

We have chosen the Academic and Vocational Rehabilitation as our charity organization. The center is considered as a semi government entity that supports students with various disabilities, be it physical, or learning disabilities. Thus, the event had to take place within the property of the center.

This organization accepts charities or donations in any form, be it through providing a service to the center, donations, or items that the center might need to further aid the rehabilitation process for the students. The center has approved the event to be held on Tuesday 14 March 2017.

The team met with the management of the center and explained the idea of the project and the purpose or objective that the team was trying to achieve. Throughout the initial meeting, the center emphasized the importance of the privacy of the students, as they requested the team to limit the publicity of the event in order to ensure that the environment on the event day is controllable.

Factual analysis of success in terms of project objectives:

The team managed to hold the event with no major problems due to sticking to the responsibility matrix and risk response matrix. We devised a detail plan of action and risk assessment to ensure that everything was taken care of and ensuring that team members are fully aware of the tasks assigned to them.

The only major risk that was present on the day of the event was the risk of having bad weather (namely dust storm and rain on that day), which the team overcame by having a backup plan of shifting the event indoors. As the weather settled down, we managed to have the event indoors and outdoors which allowed more activities to be held throughout the carnival.

The team set out with two main goals and objectives, we set out to accomplish them by devising a detailed plan of action that included a work breakdown structure (WBS), responsibility matrix, risk assessment matrix and response matrix. Our main goal was to raise awareness for children who have learning and physical disabilities, as the targeted number of participants was 150 participant. The second objective was to raise a minimum of BD 100 on the event day from selling goods, consumables, and tickets for activities. 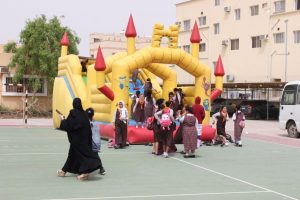 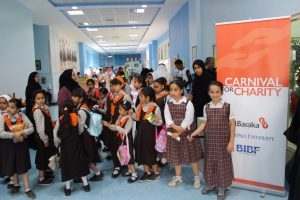 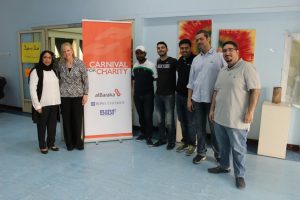 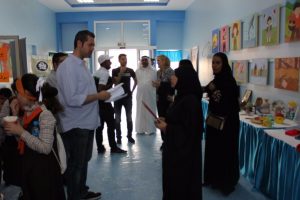 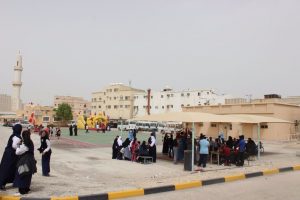