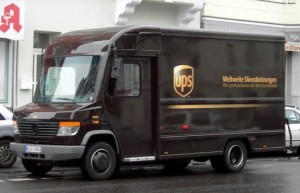 Improving the efficiencies within a corporation are usually the biggest tasks for upper management to tackle, and especially for a global company like UPS (with operations in over 220 countries and over 395,000 employees (UPS)): How do they stay efficient and be competitive? and Where should they put their focus?

Over the past few years UPS has been testing and implementing a new system to save time, money, and gas consumption within their operations. How did UPS, one of the largest shipment and logistics companies in the world, come up with one of the easiest solutions to being more efficient in these areas? Well they did it by just turning right!! When I first read about this, I really didn’t believe it and was in wonderment – is it really this easy? UPS did numerous studies on the effects of left turns and the data showed lost time at backed up left turn lanes, a waste of gas, and a disproportionate number of accidents. (Priceonomics)

When I did some research and looked at the numbers that UPS came up with, I was really blown away. According to Bloomberg during their testing phase during 2010 – 2012 UPS saved, “more than 1.5 million gallons of fuel and reduced carbon dioxide emissions by 14,000 metric tons, eliminated 206 million minutes of idling time and saved more than 1.5 million gallons of fuel.” This simple idea didn’t come about over night though. It took UPS almost a decade to design and implement an onboard program – Orion, On-Road Integrated Optimization and Navigation, that will utilize incoming pickups and reroute trucks to be the most efficient. This was first introduced in 2012 to about a quarter of their fleet and will eventually be on all their trucks by 2017.  According to UPS, the reduction of 1 mile per day for every driver will save the company as much as $50 million a year in fuel, vehicle maintenance and time. (Forbes)

With social responsibility being a prevalent topic in society and used in marketing and PR, UPS has found a way to use this to their benefit in more than one way.  The benefits are clear-cut: not only does this benefit the company’s bottom line but also benefits social causes that are aimed at reducing greenhouse gases and car emissions.

What other ways do you see this benefiting society?

6 thoughts on “Turn Right to Save Money!!”