Our team’s overall project was to raise awareness and funds for a charity called “War Dogs Making It Home”. Our overall strategy was primarily focused on using an online campaign for the project where we would setup our own funding site which could be utilized for tracking of donations. Once we established our website using GOFUNDME, we began to develop multiple strategies to drive traffic to the site. Our first traffic channel was focused around social and professional networks. Our team members planned to utilize Facebook, LinkedIn, Twitter, our professional employer’s distributions, and other methods of social distribution. Secondly, our team planned on developing pop up micro events where we would find locations to help develop public awareness such as pet stores and vet offices. Finally, one potential strategy was to attempt to capitalize on the parade and festival activity around the 4th of July.

Examining the successes of our various strategies to drive traffic to the fundraising website can be quite complex due to a potential mix of donors. Clear failures can be quickly identified due to complete exclusion of results through failures in execution. Some of the complete failures which were experienced revolve around employer involvement, pet suppliers, and activity around public 4th of July events. In regards to workplace involvement, there were a few barriers to success. Many employers have a non-solicitation policy which excludes individuals from any such activity on company property. Another factor is employee resistance. One of our team members contacts resource councils which would have perfectly been in alignment with the goals of the charity but experienced absolutely no returned communication from the groups contacted.

In regards to public events, our team discovered that many governmental bodies have extensive requirements to obtain a solicitation permit and thus provided barriers beyond the practical to overcome. This completely eliminated such activity from our awareness channel. Finally, some of our team members discovered that certain types of firms would be against helping in our effort if such activities conflicted with their own interests. An example of this would be pet supply stores unwilling to agree to allow us to create a pop up awareness campaign when the distribution of free Frisbees would cut into the store’s own sales of said item.

When evaluating the strategies which were successful, we were able to directly relate donors to the method of contact. An example of this would be attributing a donor to a specific social network such as Facebook. Our group kept an ongoing list of all virtual donors and was able to attribute most of them to a specific network and individual. Physical pop up events were clearly identifiable due to the physical collection of funds. In the end of the project, we found that the majority of our donations were generated through social networking with a significantly smaller portion being attributed to pop up events. More specifically, nonprofessional social networking was the primary driver of our success. A secondary success factor for our pop up fund raising efforts as well as the utilization of personal social networks was the garner of media attention from two TV stations which together reached hundreds of thousands of individuals.

Probably one of the most important pieces of advice that our group can provide is to start your planning the very second your group is developed. Many efforts take significantly longer than you can initially imagine, such as the application for solicitors permits. The added time buffer that you provide yourself will either allow for the ability to compensate for future challenges or to allow for a slower overall pace of the project once major milestones are completed. Additionally, depending upon the compensation of your team members, you may discover that some individuals travel frequently and require the extra buffer to complete their assigned tasks.

The second piece of advice is to try and develop a project and charity around events which are relatable to the population at large and somehow are able to utilize events such as a holiday to capitalize on emotional connections. Our charity dealt with animals and veterans around a national holiday. This was a perfect fit and we discovered that the closer we started our efforts to the holiday, the higher donation activity would be.

Finally, keep some sort of status update email going among the group. This will both foster accountability within the team as well as allowing the team to redevelop strategies as challenges are faced. Within our team, our employer strategy completely failed but through early recognition of this weakness, we adapted to another path.

1)      Clear lines of communication and accountability are required to keep the project on track.

3)      Take into account resource availability. Example: do not assign an individual that travels to a task which requires in person contact. Have a comprehensive and honest discussion of each team member’s availability. 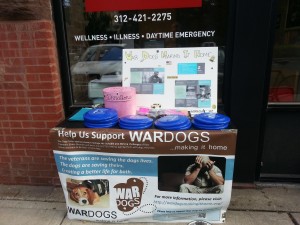