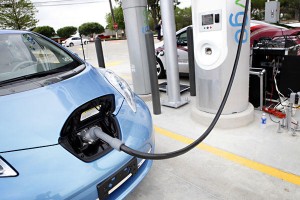 8 thoughts on “Can the all-electric car reach mass market appeal?”