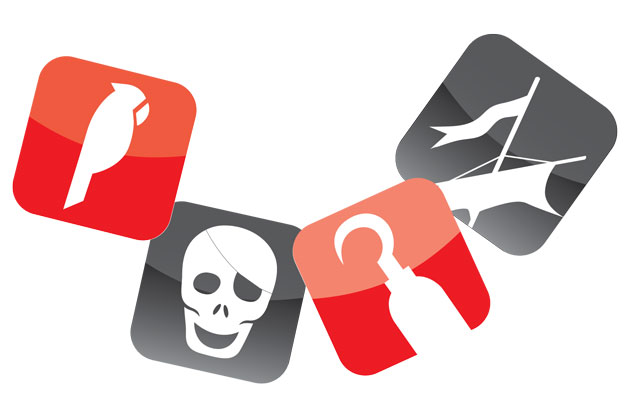 There are millions of people who download paid-for mobile apps for free. It has made a big impact on major companies such as Apple and Google. The article talks about a popular app that many of you probably heard of called Plague. Plague is a game that lets players infect a virtual world with pathogens. Within days of releasing the game to the Apple app store, hackers made it available online for free. Up to 35% of the game’s downloads have been illegal, but the game has gotten 1.6 million paid downloads. Had those illegal downloads been paid for, the app would of generated $500,000 more.

There is an obvious issue in pirating when it comes to music, movies, and video games, and now pirates have turned to the app industry, making a significant dent in mobile-app store sales. There are many ways to steal an app such as copying its code and publishing it on an online forum or legitimate app store. Sales would actually be 20% – 50% higher if it weren’t for illegal downloads.

Google, Apple, and others have been increasing security of their app stores by using process improvement, as discussed in class. Google started offering encryption keys along with paid apps to verify the app is being used on the device it was paid for. Many new game publishers are paying for anti-tampering tools to alert developers if hackers are trying to modify an app to steal it. The tools can also prevent the apps from working properly or redirect the user to Apple’s app store.

The majority of app developers do not use anti-piracy tools besides basic ones provided by the stores that sell their apps. It seems to me that it’s not worth it for most developers because some tools will make users go through extra verification steps, making apps more difficult to download and use.  A lot of developers are using a freemium approach, where they have ads on the app for the customers who do not want to purchase it, and ad-free version for those who do purchase it. Also, the people who download the apps illegally will have the ads version.

The developer of Plague says that he “hopes to convert pirates into paying customers by luring them with new features and updates.” In my opinion, I do not think that it will make a major impact by doing that, but it will definitely help a little bit. The article also states that piracy helps promote marketing and advertising for app developers. Overall, piracy has a big impact on the $10 billion dollar app industry

Do you think developers should invest more money to eliminate piracy?

Do you think by adding new features and updates to apps, it will help decrease piracy?

Let me know how you guys feel about the topic. Here is the link to the article: