Every time a product is created, its destiny is to live through its product cycle, until it reaches its final phase. And then it dies. As we’ve learned, the product goes through four phases: introduction, growth, maturity, and decline. One product that we all know and love has hit the first three of its phases, but is its decline imminent?

And that product is ….

Bacon, the delectable, cured meat that comes from the back, belly, and sides of a pig, is distinctly known for its fatty and smokey taste. According to the the article, The Bacon Boom Was Not An Accident, “in the past decade, bacon has grown into an industry generating more than $4 billion in annual sales.” This is an incredible feat for the once “breakfast-only” meat.

When bacon was in its introductory phase, this pork belly meat was still being tweaked for its market. Consumers only bought this meat as a side with their breakfast, or when the tomatoes were ripe for a good ‘ole BLT sandwich. Bacon was only consumed in a “predictable, seasonal pattern.”

Everything changed in the 1980s, as new “health and diet trends transformed the American food industry.” These new trends influenced consumers to “eat lean meat, avoid saturated fats and cholesterol, and ultimately created a fat phobia.” The pork industry defied the phobia and launched a new campaign that was pro-pork. This “Pork: The Other White Meat” campaign enhanced the product demand for lean pork cuts. With the aid of advertising and marketing firms, “the Pork Marketing Board positioned the pig as a sort of four-legged chicken.” Bacon, through its pork industry’s efforts, emerged victoriously through its growth phase as a now stabilized product in its already existing market.

During the 90s and early millennium, bacon entered its maturity phase and became the new craze. Bacon was finally featured everywhere, from fast food restaurant chains to grocery stores. People were buying bacon because they loved the taste, and did not care if the fatty food posed any health risks. “Sales of bacon increased dramatically, and vastly more variety appeared in the form of brands, cuts, flavors, and sizes.” To name just a few of the varieties, we can buy thick cut, center cut, low sodium, applewood smoked, and peppercorn bacon. In some areas, we have gourmet flavored bacon foods, which include ice cream, coffee, gum, potato chips, and cheese spreads. Even our pets are getting in on the bacon craze with bacon now being prominent within pet food.

Bacon is no longer your mother’s baked pork and beans. The popularity of bacon has caused meat packers to be more competitive to obtain a higher market share. Surprisingly, although their is stiff competition for market shares, “pork bellies, long dormant, began moving up in price, from under 30¢ per pound in 1989, to almost a dollar in 2006.” The prices have significantly changed “from about $3 a pound in 2005 to around $5.40 today, according to government statistics.” Even with the prices rising for bacon and pork cuts, people are still willing to buy this product, and there doesn’t seem to be a decline in sight. 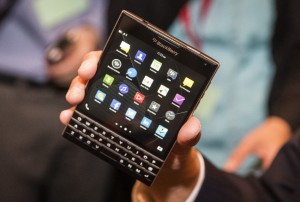 Do you remember your first bicycle?
Part of growing up, one of the most exciting things that many of us have experienced was learning how to ride a bike. Most of us can recall the first bicycle they had, maybe most of you still have it.

The first bicycle was invented in Germany in 1816. The bicycle had no chain and the wheels were huge. It only had one gear, but that was not the point. It was an innovation that many of us love to use today.

One of the first things when buying a bike is asking how many gears will it have so I could see how hard do I have to paddle up the hill and how fast can I go down the hill. This has finally been answered by Novara Gotham.

A BIKE WITH INFINITE GEARS.
Recently in class we have been discussing product life cycle. Now for years each bicycle would have gears or no gears. Based on my experience from working at a bike shop, many customers want the bike to have as much as gears as possible. This way they can go faster and easier up the hills. Will this innovation change the future production of bicycles?

How can this new innovation be applied to the product life cycle?

First bike have been invented over 200 years ago, technically this is a new innovation within an old one. In addition, this a brand new addition of a bicycle brand to the family of bikes. Do you think Trek or Felt might want to buy this concept to increase their innovation ideas?

This new product opportunity must have went through an extensive product development.

My question is how does one think of an innovation like this from the beginning? Is it mostly the customers’ requests and the first one out there to figure it out is the one to put it together. Not many people in the business world have the opportunity to have their innovative idea make it to the market. It takes a lot of knowledge and networks to establish themselves.

Many innovative individuals might have the ability to design a concept but how do you manufacture it? The QFD plays an essential role in this project. It was a team of innovators that worked together in order to have a solid plan before proposing it to anyone.

REVERSE ENGINEERING
In my opinion, one of the first people to purchase this bike will be employees of huge cycling companies. That way they can take it apart and figure out the engineering portion of this innovation.

Do you think that reverse engineering should be illegal? Its almost as if someone was stealing a patent from you.