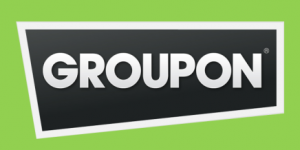 Since it’s introduction in Chicago exactly four years ago, Groupon has spread across the U.S. to Boston, New York City, and Toronto as well. Although it benefits consumers by saving them money daily on local products and services, many have debated the implications it has for local businesses. Whether it actually increases their returning customer base is just one of the issues many businesses have to face when considering offering a Groupon.

Anthony Raso, though, has found a way for Groupon to better organize and increase his customer base. The owner of a car maintenance garage in Toronto, Raso decided to advertise a rustproofing deal on Groupon to increase his local customer base. He soon found himself with too many people calling in for his services, but not enough employees to actually organize and book all of the potential customers. Not being able to increase his customer base as much as he could have drove Raso to eventually take advantage of Groupon Scheduler, a service which allows customers to book their own appointments online. He could also use this service to book clients who called in. The appointments are automatically stored in an online calendar, allowing Raso to focus on providing his excellent services instead of worrying about booking customers.

Raso considered his previous appointment booking technique too time consuming, and called it the bottleneck of his business. Running into problems like double booking and forgetting appointments was slowing down his service time and caused him to not service as many customers as he could. With the help of Groupon Scheduler, he can now maximize his profits by leaving the scheduling of appointments to Groupon, allowing him to focus on what he does best.

Similar to what the paper puppet activity showed us, bottlenecks are constraints that limit the output of production. Throughput gets caught in the bottleneck and takes longer to complete than in any other stage of the product cycle, thereby reducing maximum output. A bottleneck can severely harm a business by preventing it from performing at its fullest potential. Raso was able his solve his bottleneck process by introducing a digital method of booking appointments for his business so that it would no longer take away from him being able to work on his customer’s cars. Eliminating this bottleneck will allow Raso to increase his customer base and his overall profits.

What do you think of this scheduling service that Groupon now offers to businesses? Do you think it is essentially reducing the need for employees whose job it may be to book appointments? Can you foresee any problems that businesses utilizing this service may run into?