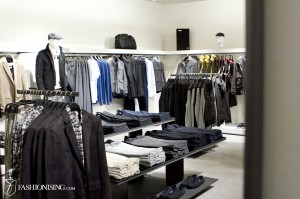 Recently, I spoke with a former retail executive and got into the topic of fast fashion. I learned some interesting facts about the industry and think it’s a great topic to discuss. I bet that many of us have been to or purchased from fast fashion retailers such as Zara, H&M, or Forever 21. Do you ever wonder how they are able to mass produce some of the trendiest pieces and sell them at such low costs? Well, you will now get an idea of how they do it and how these retailers have become so successful.

Two words that come to mind when talking about fast fashion’s success: Speed and Volume. Zara, fashion retailer based out of Spain, can design, manufacture and get new product into their stores in less than a month’s time. How do fast fashion retailers do this? According to the former retail executive, they have workers go to Italy, France, or wherever they are taking fashion trends, purchase designer garments, and take them to a mass producer in countries such as China or Korea. The manufacturers copy, but alter the piece in 9 different ways, to avoid legal troubles, and then mass produce the new items. Companies might have different strategies, but that is a prime example of fast fashion.

Many of the retailers mentioned do not only provide speed, but they also provide volume. In 2013, Zara produced around 450 million garments for its 1,770+ stores. I can only imagine how much H&M produces with its 2,629+ stores! As these retailers are able to mass produce with low wage manufacturers, they are able to offer their clothing at dirt-cheap prices. Many retailers, such as Forever 21, are then able to charge less for their clothing as they have their manufacturers produce with cheaper, synthetic materials. With prices so low, consumers like you and I find ourselves leaving these stores with at least one item and usually fall into the dilemma of not bothering to make our way back to the stores to make a return.

It is evident that fast fashion’s quick and efficient supply chain management is crucial to their success, but there has to be some downside to the system, right? Since most of the products coming out of these retailers are cheaply made, it is without a doubt that these garments are not going to last forever. As some of you know, some of these garments won’t even last 2 or 3 wears. It is a pain, but at such low prices, what can you expect?

Can you think of any possible flaws in the fast fashion system?

From a consumer’s standpoint, are you willing to give up quality for quantity?

From an ethical standpoint, what do you think about retailers exploiting low wage workers overseas?