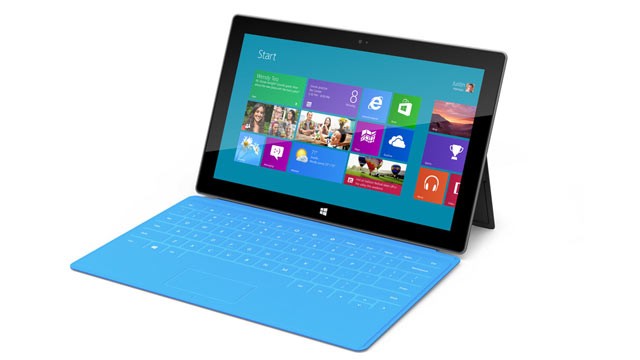 A long time ago Microsoft dominated the electronics industry. But Apple soon began to capitalize on their innovations and Microsoft then took a back seat to Apples success. Since Apples booming takeover of the industry, Microsoft has seen market share drop and customer loyalty shift.

Recently, Microsoft announced that they wanted to fix the PC industry and were attempting to accomplish this by creating a new tablet computer.  This tablet will be known as the Microsoft Surface and it is said to come with amazing features that are to challenge Apples iPad. Many believe that Microsoft’s attempt to enter the tablet world is a risky move, and question the success they will have against Apple.

In class we learned about the project triangle and its three important factors: performance, time and cost.  I believe that this project triangle will be of key importance to Microsoft in order to succeed against its competitors. In order for them to be successful they will need to make sure they release this tablet in the fall as expected. If Microsoft were to change this expected date, they could run the risk of possibly losing potential customers.

Microsoft will also have to really take cost into consideration. They should make sure to not burn through money and to stay on budget. Also, there has been some concern about what Microsoft plans to price this tablet at. In order for them to see profit they will need to make sure to price this tablet at a reasonable and affordable rate otherwise they will not succeed in selling to consumers.

Lastly, Microsoft will have to display great performance in creating this new Surface tablet. Performance is the most important factor in a projects success and with so many competitors in the industry it is essential for Microsoft to show amazing performance on this product. Without showing great performance they will not be able to sell the product for everything its worth.

Do you think that Microsoft will be able to succeed in the tablet industry? Could the Microsoft Surface be more successful than the iPad? How do you think that the project triangle should be taken into consideration when creating this tablet?

Apple’s iPhones are one of the most popular mobile devices currently being produced in the world. Apple made its entry into the cellular phone market in 2007, after having created the first iPhone. The master mind behind all of the amazing characteristics of this device was Steve Jobs, a man who become an iconic figure in the business world of today’s generation.

Apple partnered with AT&T in order to make the iPhone available to consumers. The whole idea of the iPhone was meant to represent the combination of an iPod and cell phone. A phone with internet access and numerous convenient cell phone apps that could appeal to all kinds of target markets. The idea of the iPhone was created to be based around a touch screen phone with a single button. This idea was something that was never before seen in the cellular phone world and when the iPhone finally hit the market it changed the way the market would function from then on.

In class we recently learned about a products life cycle. A product will usually go through a life cycle sequence of the following: an introduction stage, growth stage, maturity stage, and decline stage. The iPhone has been around now for five years and the life cycle of this product has been a very interesting one to follow. Apple has throughout these five years continued to introduce new versions of the iPhone each year and with each version came new changes. The latest version that Apple is releasing is the iPhone 5. Production on this version has begun this June and the phone should be released in the fall. The only main change of the iPhone 5 is the 4-inch display screen.

Apple is now only making minor changes with each new version and increasing the stability of the production process. Due to these factors I believe the iPhone is now moving into to the maturity stage of the product life cycle. Apple’s primary concern should now be to maintain its revenue and not to implement major changes to the device. The iPhone seems to be moving into the maturity stage thanks to all of the other competitors who are releasing other Smartphone products and making it more difficult for Apple to increase revenue.

While the iPhone has seen its peak, its entire life cycle has been one that has revolutionized the mobile phone market. It has created a pathway into what future technology will look like and I am interested to see how the idea of the iPhone will spark other ideas to evolve in years to come.

So I leave you with the questions of how do you believe the iPhone will affect future technology and is its decline stage in the near future?