In today’s market, paying for school can be an issue for any student who does not come from a wealthy family. Thanks to rising tuition and a tough job market, college seniors graduated with an average of nearly $27,000 in student loan debt last year. That’s not considering and putting in the factors of them even having a job after graduating. Increase comes at a time when unemployment is remained stubbornly high for college graduates. In the same time even public colleges have increased their rates due to State budget cuts.  A recent study showed that nearly 90% of the seniors graduate with a debt. So, how do we solve this problem? 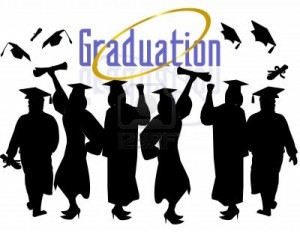 Georgia Tech University has an answer for this. There has been a big shortage in the computer-science field all over the United States. On May 14 the Atlanta University introduced the first ever online Masters degree program for recent graduates or even professor in University. This is remarkable because is has never been done before. With nearly a fraction of the cost one can obtain a degree that is very hard to obtain with all the debts a student has acquired over the years. These online courses are being referred to as MOOCs. For  nearly $7000 today, one can get a Masters degree. The program does have some controversies amongst other colleges and professors. Some believe that it is not a traditional way to obtain a degree or is a threat towards teachers, but is that really our problem, when options are left so limited? 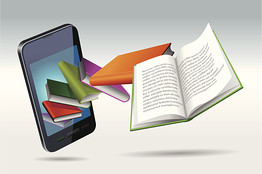 I believe that this is the future for schooling if you believe it or not. Yes in the beginning like anything we people will hesitate to use a program for online learning but in the end its not only limited to college, but also high school. ” In 2011 only 7.9 Percent of 11th graders were tested college ready” Thats failure, and worst when you realize how much money was spent in teaching them. We live in a tech savvy world where kids grow up playing call of duty, and online communication. How can they possibly do worst then 7.9% with the online education system?

What do you guys believe the future to be, keeping in mind the rising cost of tuition and debt rate? Should be implemented to see if there is a change and progress?  Or keep the old ways ?

Apple has revolutionized the way we deal with our lives daily! Steve Jobs, a man who had a vision, made it clear from the beginning that achieving for perfection is not a need but a privilege. Technology is something that always had a demand; but making it easy and user friendly is where things get complicated. As consumers we want products that makes our lives easier, and as producers it is the company’s job to provide that luxury. This is when you can create a cult of followers because the product have far exceeded peoples expectation.

Steve jobs revolutionized the the music industry with the creation of the I Pod. With itunes and ipod he placed a music library in fans hand. It was a revolutionary creation which was the start of the greatness which we refer to now as APPLE. Apples newest creations will be from Apple TV, or wrist watch. The watch can have a lot of benefit, from where you can pull it out and use it as a mini ipod, or have face time on your wrist.

Recently there was a court held by Bill Campbell who is the chief executive at apple talking about the future of technology and where it is going. Hundreds of employees showed up to listen to a man they respect and to get some type of insight into where the company is heading. It is a rare occurrence because Bill likes to operate behind the scene and does not like the spot light. Campbell touched on topics like what makes product great, how managers should behave, and the recent highs and lows in the technology industry and beyond.

Campbell did tell people that “a lot of things going on with the application of technology to really intimate things.” He pointed that towards Google’s glasses which is the most anticipated product this year. Only 8000 products are expected to be released and all of them will be through invitation. Its a phenomenal breakthrough, which brings back Apple to the drawing board and re-think their strategy. You have to keep your current business going before trying out new ideas, and Apple is more then capable of doing that. They have products that have been kept a secret, and will only be released if they are practical and will work. On the whole, Campbell advised that product managers should not just be barking down commands about what features a new product should and shouldn’t have. They should work in close concert with the engineers and act more or less as editors, guiding features along the way.