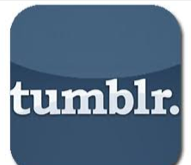 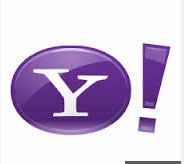 For the past few years Yahoo.com has struggled to keep its website and affiliates at par with its competitors, which include Google, Ask, and Bing. Yahoo has relentlessly tried to modify its site to meet the demands of its customers, as well as retain new users to visit the once sensational site. Three years ago Yahoo completely changed its design capacity for the site, going from a search engine with many links, to a website that prioritized news feed. This new integration has helped the site reach new heights, but has still left them in the dust compared to its main competitor, Google. Around the same time as Yahoo’s new design, which helped utilization and efficiency for the website, Google purchased an even bigger venture, known as YouTube. This astounding company has helped Google become a giant in their industry. In addition, Google recently has increased its stock share to over $900 per share, making it one of the highest growing stocks of this year. Yet Yahoo is still at a measly $26 per share, but has been increasing for the better part of six months. Why has Yahoo’s stock been increasing when Google has completely overwhelmed all of its competitors?

Today the answer to that question was given. According to CNN, Yahoo has purchased Tumblr for a record $1.1 billion. Clearly Yahoo is not afraid to spend money, as a famous person once said, “you need to spend money to earn it.” By purchasing Tumblr, Yahoo hopes to compete with Google at a much more even playing field. According to Wikipedia, Tumblr “is a microblogging platform and social networking website,” which “allows users to post multimedia and other content to a short-form blog. Users can follow other users’ blogs, as well as make their blogs private.” Moreover, when Google purchased YouTube, Yahoo’s usage rate fell dramatically, and today they purchased Tumblr in hopes to change that. In addition, according to the CEO of Yahoo, Marissa Mayer, Tumblr “would allow the search engine to tap into a young, active online user base at the social network.” She goes on to say that our goal is to “engage Internet users and get them excited about using Yahoo again.”

I firmly believe that Google will always hold a slight edge over Yahoo, mainly because of its simplistic search engine. However, I do consider that this new business enterprise will dramatically increase user traffic on Yahoo’s website.  Do you think that Yahoo will finally be at par with Google, or will they continue to be an after thought in the search engine industry? Moreover, do you use Tumblr, and if so do you think this will prompt you to use Yahoo more often? These are questions I am very curious about, as I believe Yahoo will become a giant along side Google moving forward.

If you have not been made aware of already, the Head Coach, Assistant Coach, and Athletic Director have all either been fired or resigned from their posts at Rutgers University. Rutgers Men’s Basketball program came to a crushing halt when this video was revealed on ESPN’s Outside The Lines (www.youtube.com/watch?v=rbaYqcMMZ6A). These horrifying images show a disgruntled coach taking out his anger on his student athletes. When this video was shown to then Athletic Director Tim Pernetti last December, his final decision was not to fire former Head Coach Mike Rice, but to suspend him for three games (http://espn.go.com/video/clip?id=9126174). After an outcry of anger from local politicians, celebrities, and communities nationwide Pernetti reevaluated Mike Rice’s actions, and on April 3rd one day after ESPN played the video of Rice, Pernetti fired his Head Basketball Coach. A few days later Assistant Coach Jimmy Martelli resigned, followed by Athletic Director Tom Pernetti (http://www.latimes.com/sports/sportsnow/la-sp-sn-rutgers-tim-pernetti-athletic-director-20130405,0,7102881.story).

Prior to the scandal, Rutgers was a program on the rise, and moving next year to the Big Ten Conference. Moreover, the Rutgers Head Coaching Job was one of the most newly coveted jobs in NCAA Basketball. However, after a scandal that lasted nearly one week, Rutgers has now become a tainted athletic program, with management that is just as bad. It’s no wonder Rutgers is having a hard time replacing its Head Coaching position. It seems that no one wants to accept a job where a coach can be allowed to abuse his players.

Already turned down by Head Coach Dan Hurley of Rhode Island, Rutgers can’t even get a mid-major candidate to come coach for a big time school like Rutgers (http://www.lehighvalleylive.com/sports/index.ssf/2013/04/dan_hurley_signs_contract_exte.html). However, It’s not just the Athletic Program that has taken a hit at Rutgers, recently employees were asking for the resignation of Rutgers President amidst the recent sandal. Moreover, according to Yahoo News the current Rutgers scandal could cost New Jersey tax payers millions of more dollars (http://news.yahoo.com/rutgers-scandal-could-cost-jersey-taxpayers-millions-more-215410480–nba.html).

Aside from shock of physical abuse, it seems that Rutgers has become a place where the athlete comes before the student. This is a result of poor management throughout the entire school. Ask yourself the question, would you want to send your child to Rutgers University. I know I would not, I want my child to feel safe where even they are. But this scandal has made me believe that Rutgers is a school that does tolerate physical and verbal abuse. Until Rutgers can prove that they are an institution that believes in moral rights I certainly believe that Rutgers has severely hurt its image as a University. But more than that, it would not surprise me to see their enrollment drop dramatically in the upcoming semesters. Rutgers has put themselves in a position they don’t want to be, and that is doubt. People always have doubt about Rutgers and its coaches, administrators, and faculty. For years to come Rutgers will no longer be the place where New Jersey citizens go to school, but a place where Mike Rice terrorized young student athletes.