The holiday season represents a large chunk of sales for retailers. However they don’t come without proper planning and service. Many American will be looking for deals throughout the holiday season. Many will be shopping online and in store. Some companies have to be fully prepared with proper pricing strategies and supply chains in order to fulfill consumer demand. For instance Amazon plans on hiring 80,000 workers this holiday season (Bensinger). They also have been studying traffic trends related to their price changes on their website. With the growth in ecommerce, many customers are constantly scanning sites for deals, whether at work or at home. For example, in October alone, Amazon changed the price of the Jawbone Up24 20 times. This allowed many customers to buy at a low price while others had to pay more. Amazon also is giving early holiday deals to their Prime members (Banjo). Sears had the same product listed on their website, but the changes in prices only happened every Tuesday and Friday (Banjo). 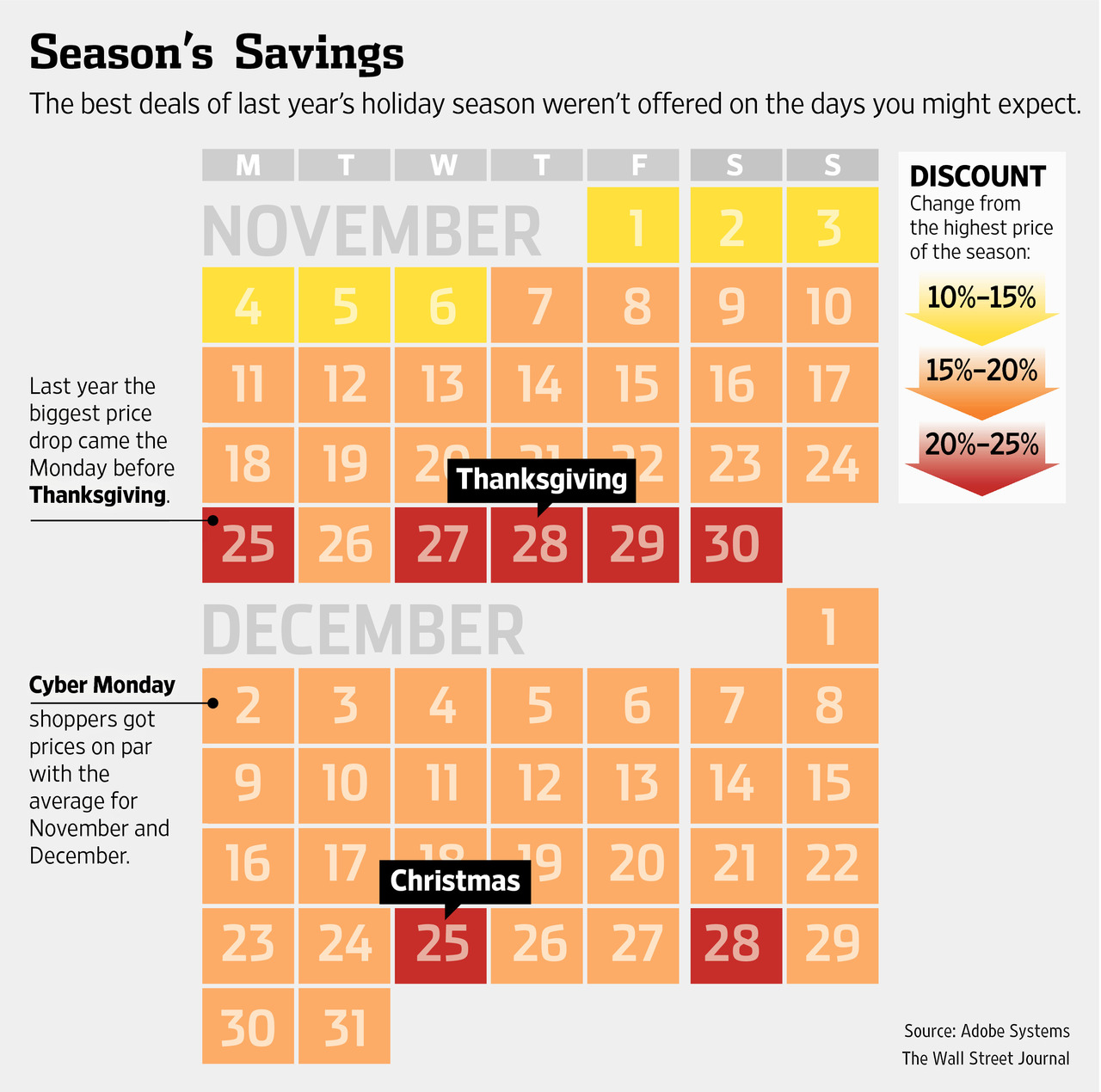 Last year’s shipping crisis has led to many consumers trying to shop and find deals earlier, and retailers have tried to do the same in order to spread out the traffic of shipping orders. Some online retailers are resorting to new strategies and tricks in order to provide customers with the best deal possible. Retailers put a KitchenAid Artisan stand mixer on sale; but customers were not able to see the price until they added it to their online cart. Some retailers are also trying to create online door busters, where only a certain number of products are sold on a first come first serve basis (Banjo). Walmart is trying to come up with new strategies in order to edge out competitors in a price war. Walmart is thinking of extending their price match policy to online shopping as well. Meaning if someone finds a low price on Amazon, Walmart will also reduce its own price. In an effort to boost online sales, Target announced that they would remove shipping fees for online orders from October 22nd to December 22nd (Banjo).

It’s very interesting to see all the different strategies retailers are trying to implement. I find it intriguing that they are broadening the discount window into October and November. I really like how retailers have had to change their online strategy over the past couple of years. I for one will definitely be on the lookout for these deals this holiday season.

Do you shop a lot during holiday season? Do some of these strategies seem appealing to you?

Do you think many of these strategies will help some retailers gain an edge over one another?

Can you think of any other strategies/ management techniques retailers use in order to strengthen holiday sales?

Nowadays it seems as if companies are trying new ways to save money or revolutionize the work space. Big corporations are implementing new ideas that try to increase teamwork and socialization between employees. One of these new trends is called hot desking. Hot desking is when multiple workers use the same work station at different times. No one has their own set office space and when workers come in to the office they simply choose an open spot. On average, 30% of offices in the United States are vacant (Marr). Companies can save money by properly utilizing their work space. More employees are packed into smaller workstations which allow for more meeting rooms. This is supposed to spur collaboration and help project members from different departments by giving them more space to work together. Deloitte’s new Toronto office has implemented this structural change because management believes that it will mesh well with their travel based work (Marr).Space per worker has been decreasing over the past couple of decades. In 2000, there were 4 workers per 1,000 square feet. By 2017, it is projected that there will be 7 workers for same amount of square footage. Many people compare it to high school where you would place your belongings into lockers and go from there. This is supposed to help workers mingle with different people daily. Meeting people from different departments can be a great networking tool and can be refreshing. Also if you enjoy sitting by someone, you can choose to do so. Same thing can be said if you would like to avoid sitting by someone. However there are still problems with this layout. Even though upper levels of management such as partners don’t have their own offices, they may still sit in the same spot every day. Many workers would prefer if they could have their own spot where they can store their belongings (Collins). Though teamwork is supposed to be more efficient in this structure, what happens when someone just needs to sit down and go to work without being disturbed? There isn’t a sense of privacy that one might have with their own desk or cubicle. Since more people are crammed into a space, there can be a loss of productivity due to distractions. Also, setting up shop at a different desk everyday can be time consuming. Though this idea might seem great, management should really see if it matches their office culture.

As someone with their own cubicle and desk I am opposed to this idea. I feel that in order to be productive, I need privacy and my own work space. Switching desks seems like a hassle. It can be hard to know where to go for specific help when I have questions since the specialist might not be sitting on your floor. Psychologically speaking, I like that I have a space that is simply mine, it doesn’t make me seem as expendable. As an employee I am opposed to this and much rather prefer the traditional office setting because I would be able to work more efficiently.

What do you think about this office craze?

Do you feel that this increases productivity?

Would you like to work in this sort of environment?

Are the monetary cost savings worth it?