Our team chose to support Free Street Theater, a Chicago-based non-profit theater company that has been in the city for 50 years. After a few calls and discussions, we decided to support their marketing. With a team of only 4 full-time members, Free Street needed a lot of help with marketing, communication and strategy. We focused on 3 main goals: supporting their May 2019 youth play, creating an electronic press kit (EPK) and strategizing around their 50th anniversary event (50-in-50 which was comprised of 50 performances in each of the 50 wards in Chicago).

Free Street Theater (FST) is committed to building community through performances, facilitating difficult conversations and being accessible to anyone, anywhere. One of their main focuses is on creating a safe space for youth and compensating them for their efforts in producing and acting in performances. They have two main locations but also use community areas as their stage.

Free Street produces youth shows throughout the year including teens and young adults. Their May 2019 youth play was titled Parched, and spoke to water justice, pollution and theft. The teens that were part of the play exposed injustices and discussed the power of water and the privilege behind it. Team 1 assisted with supporting donations for FST through seeking donations and creating a pledge card. FST is also celebrating their 50th anniversary in June of 2019. They already established an event to celebrate this occasion when we joined: 50-in-50. They will hold 50 performances within all 50 wards in Chicago on June 23rd. Team 1 supported them with a communication strategy leading up to the event. Lastly, FST was in need of an EPK for various reasons. This is a helpful document to have for future grant-asks, public relations, article writing and donations. This press kit is ultimately their website scaled down to less than 10 pages of a PDF. Our help was needed in various tasks for each of the areas above.

Our project objective was to increase the ease and frequency in which the charity could receive donations and social media followers at their events. The ease of donating was a huge success by creating a “pledge card” which could be included as an insert in the program for any Free Street Theater event. This card was a simple and intuitive layout which gave 2 options for donating. First one could fill in the basic information (name and contact info) to be followed up with at another time since there was often a line by the ticket counter and people might be in a hurry to get home after the shows. Second we had a QR code which links directly to the charity’s donation page. In addition to collecting donations the card also has the reminders to check the Free Street Theater social media pages and a section to advertise the next upcoming event. While donations can be highly variable, we were told that on average plays usually raise about $250 per night that it runs accounting for both ticket sales and good will donations. Our goal was to raise the stakes and we were shooting for helping them reach double their average collections. The play was actually sold out in the last weekend it was running (with 20 people turned away because of lack of seats), so it was extended an additional weekend.

Our original success matrix was ambitious and we didn’t consider that with 50 in 50 being several weeks after the conclusion of our class, we may not be able to see a measurable change in the social media relations. Instead we changed the matrix to account for timely delivery on the community ward map and EPK since FST was requesting this a prerequisite for some other activities like choosing the locations for the 50 different performances.

Usually there are 2 plays for a weekend and they would run 3-4 weekends in a row. That means an average play gets $1500-2000. We wanted to bump this measurably, and we also got more bullish on the stretch goal when we learned that Bosch would be matching donations up to $1000 which made doubling their average seem achievable. Total donations raised by the play + Bosch’s match + outside donations were $3,131.

The community map was underestimated and ended up taking many hours longer than anticipated. Because of this we did not complete the map in time before it was shared with presenting teams. None the less, it’s being treated as a living document so anyone can add or modify fields, so it should hopefully prove useful in the future as well.

The EPK was much more critical to have a document that was refined and represented the brand of Free Street Theater. We got a template of guidelines that should also be followed in order to keep a more consistent image with the website.

Something we learned early on was that we needed to have a schedule of our own deadlines. We had a lot of moving pieces throughout the project, with deadlines for class assignments as well as deadlines to the organization. We created our work breakdown structure and included as many details as possible. We kept a secondary file with our personal responsibilities and team deadlines. This helped us throughout the quarter.

Another thing we learned early on in the project was when you’re working with a charity on a project that is more in-depth than just hosting an event or getting donations, you have to set clear expectations on what you want to learn. We were given a lot of different tasks that didn’t necessarily align with what our goals were. We quickly reevaluated and aligned on deliverables that had multiple uses (i.e. electronic press kit, pledge card, community map).

Our advice is to think outside of the box. You don’t have to do a typical event or fundraiser. We wanted to help in an area where we could drive future change rather than in-the-moment change. A lot of non-profits don’t have the bandwidth for a lot of marketing they would like to help gain traction and ultimately get more donations. Our support would be used in future events such as grant writing, press releases and events/performances. 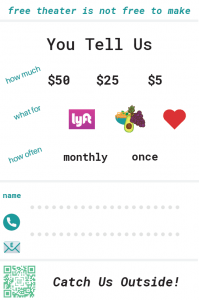 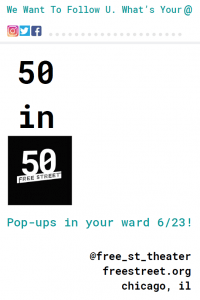 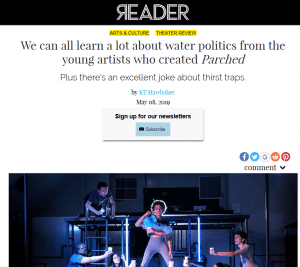