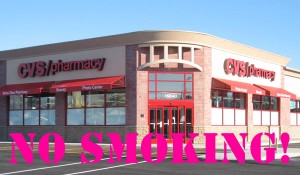 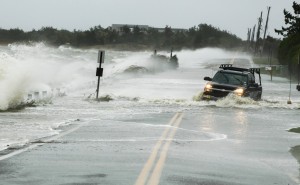 Due to the horrific damage that Hurricane Sandy has done to New York this past week, ING, the marathon’s leading sponsor since 2003, has been forced by the city of New York to cancel the long-awaited marathon that has held over 40,000 runners and 500 sponsors every year since it began. This will be the first time that the marathon has been canceled in over 70 years and has caused outrage among sponsors and consumers alike.

Although ING was originally planning on continuing to have the marathon even with the unbelievable damage that New York has experienced, public outcry about the unethical issues that ING as well as other sponsors are getting themselves into by ignoring the hurricane’s damage and continuing the marathon has been abundant. Because of this, ING has been forced to cancel the marathon and has put itself in a sticky situation when it comes to the revenue and promotion they and other sponsors will be losing because of it.

As we learned in class, the project triangle consists of time, cost, and performance. The time it took to plan a New York City Marathon is over a full year. The cost to get the over 500 sponsors to sponsor the event is over 1 million dollars, and performance is based on how smoothly the marathon runs. With these three contributing factors as well as many others, I understand why ING was hesitant to cancel the NYC marathon, but understand why the public was outraged as well. The amount of money and planning that went into making the NYC marathon what it is every year means that a lot of people are counting on it, and I believe this is why ING was reluctant to cancel it right away.

Furthermore, in a desperate final effort to save themselves from looking unethical, ING decided to donate $500,000 dollars to aid victims of the hurricane, and donate the generators that were going to be set up around the marathon for the runners, to the millions of people who need help in New York. While this was the right decision, thousands of runners, both from the U.S. and internationally, who have been training for this marathon for over a year, are devestated and feel disrepected that they were told about the cancellation last minute. As customers of the marathon for a number of years, the customer expectation for most of the runners is that they would be running no mater what.

Overall, I believe that this was the right decision to make and while people are still so angry at ING for not canceling it right away, I understand why ING didn’t.

How do you think this will affect ING’s future revenue? Do you think ING made the ethical choice to cancel the marathon? What would you do as president of ING to please both the runners and the people of New york that were affected by the storm?

http://money.cnn.com/2012/10/04/technology/social/zynga-outlook/index.htmlWhat do you think ZYNGA could’ve done differently to remain a successful company?

In an article from CNN, Julianne Pepitone shares some breaking news about the dynamic gaming company, Zynga, who hit the jackpot a couple years ago with their popular game, FarmVille, which they originally offered solely on Facebook. When first starting out the company flourished and became one of the most profitable gaming companies in America. Their strategy for competitive advantage in their industry is Differentiation, which offers better games, connected to a social media website that everyone in the world uses, and best of all is free of charge. Recently however, the company has gone through multiple financial and ethical struggles and has been working hard to hold on to their “loyal” users and to increase their stock share price. Unfortunately, because of CEO and founder Mark Pincus’s irrational decisions, the company is slowly burying themselves in a hole that they must crawl out of before they are in too deep.

The article starts off by sharing a couple of forecasts that the company has publicly stated, many of which are gloomy and downgraded. By blaming most of its gloomy 2012 forecast on “reduced expectations for certain web games and a delays on launching several new games,” Zynga has given nothing but excuses to its angry investors and things getting worse. With Zynga’s shares  down 75% in afternoon trading on Friday, things are pretty bad

In class, we learned about forecasting and the significance of it in a successful company. Zynga’s purchase of a company called OMGPOP, which released its hit “Draw Something” early in March. If Zynga had used some kind of a demand forecast, they could’ve predicted sales of the existing product (Farmville) and prevented all the money that was lost through the buy out of the new product, “Draw Something”  Although forecasting is seldom perfect, it is better to forecast and to have some kind of idea about what you’re getting your company into, then walking into something new completely blind.

Also, Zynga is infamous for buying out its competitors when they are feeling threatened. This has usually worked for them and is one of the main factors as to why they are so successful but also why a lot of people dislike them/feel that they are unethical. Unfortunately, Zynga’s CEO decided to buy the company for the sole purpose of Draw Something’s popularity and didn’t use any demand forecasts to predict future sales of the game. Draw Something unfortunately turned out to be a “short lived fad” and has cost Zynga lots and of lots money in the past couple of months. When Pincus was asked if he thought that he paid too much for OMGPOP considering its unpopularity, he calmed replied by saying”I’d say it’s too early to call it after one quarter.” Unfortunately, this nonchalant attitude will get the company going nowhere and will further decrease its profitability.

What do you believe was ZYNGA’s biggest mistake?

Would you invest in ZYNGA?