The NEI company just announced that they achieved the ISO 13485:2003 Medical Device Quality Management System certification for their main facility in Texas. The ISO 13485:2003 is to “facilitate harmonized medical device regulatory requirements for quality management systems, and its requirements are unique to organizations building medical devices”. The company is already ISO 9001:2008 certified.

NEI is a global leader in providing application platforms, development solutions and lifecycle support services for software developers. The article mainly examines the high standards that they set for their medical software devices and services. They play a huge role in IT software service to the healthcare industry all over the world.

In order for NEI to receive this certification, they had to develop and then implement quality management policies for medical devices. The standard for the ISO 13485:2003 requires any company to consistently provide medical devices that meet the customer and the regulatory requirements. In the article, it seemed as though NEI welcomed audits and management evaluations because they work with medical devices. John Gauthier, the director of quality assurance at NEI said, “NEI recognizes the strict parameters and regulatory requirements involved in medical device manufacturing and has developed rigorous practices in support of those metrics”.

The IT standards that NEI sets for the healthcare industry is important. I believe that they should be keeping those standards high because of what industry they are in.  They also seem to take pride in their standard of quality, which must mean that it is excellent. Those medical devices that they create should have high quality because will essentially be used in dealing with people’s lives.  It is said in the article that they intensely listen to their customer base so that they can keep improving and changing with the times. This kind of close attention to detail will benefit NEI in the  future because their customers know that they can count on them to maintain the best quality management.

The link to the article as well as a link to NEI’s website is below: 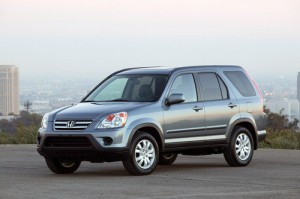 Monday, Thursday, Saturday: it seems like Honda cannot catch a break, just a fire. Saturday, October 6th, Honda recalled its third car of the week, the 2002-2006 CR-V so they could correct faulty automatic window switches that have been causing fires. Honda also expanded the recalls of their 2004-2005 Pilot and their 2003-2007 Accord V6 vehicles earlier this week because of headlight malfunctions. The total recalls of the week for Honda were around 1.4 million.

What is more is that Honda’s President and CEO, Takanobu Ito, has plans to double their sales by 6 million a year by 2017. They plan to expand their product to China and India as well as introducing hybrid cars to the US. However, what is concerning for them is that their older models are now being recalled.

This correlates to our last class on the design of goods and services. How can Honda execute their plan of doubling sales when their older designs are being recalled for safety issues?

The plan to expand in such a short amount of time seems to be unethical. Honda’s manufacturers and engineers are being asked to develop new products in the US and into China and India which are unchartered waters for them. This can potentially lead to more safety issues down the road if they are pushed to hurry their product along. Honda’s design process must be flawed if more than one car model is being recalled. I think that they might be removing features they deem “unnecessary” to cut their costs when in the long run those features may be what make an automatic window switch safe.

Honda is not the top leader in the automobile industry. They should be focusing on their consumers’ reactions to their recalls instead of planning an expansion. I could see Honda going ahead with their plan if they had one recall, but three recalls for safety issues is not good for their sales. Honda’s first step should be to identify the problems in their older model designs in order to prevent them in their newer ones especially since they are planning to take new products into new countries.  Then see if their plan to expand in such a short amount of time is still necessary.