Project Description
The St. Joseph Services (SJS) group project was a meet and greet that we hosted after both Sunday morning services at the St. Martin de Porres church in the Austin neighborhood. Our goal was to generate local community awareness for the organization within the Austin and Humboldt Park neighborhoods. We provided complimentary coffee and refreshments to the parishioners in order to draw in attendees and worked with representatives from SJS to speak about the organization, hand out promotional material and answer questions.

Organization Description
St. Joseph Services provides after school programs for children, adult language classes, and computer classes primarily in the Austin and Humboldt Park neighborhoods of Chicago. In addition to their youth and adult programming, they also foster an environment for developing values and talents through interpersonal engagements in order to strengthen their respective communities. SJS places special care in cultivating engaged volunteers and program staff from the neighborhoods they serve, and places an emphasis on becoming positive role models for friends and neighbors while building programs from within the community. Most of the proffered programs are provided for a small fee, and the organization operates out of third party locations to save on expenses.

Analysis
Our primary goal at the outset of the project was to create local, community awareness for St. Joseph Services. We would host a meet and greet at a local church, with a goal of spreading the word to at least 25 people after each church service. We had planned on hosting two events, one in each of Austin and Humboldt Park. After we were unable to partner with a second church in Humboldt Park, we decided to supplement our Austin event with an online fundraising campaign. Our second goal for our project was to generate $400 in donations through our GoFundMe page, all of which would go towards the SJS summer camp program.

We were successfully able to exceed both of our project goals, and therefore deem our project a success. As explained in our initial proposal, our goal for our community awareness event was to speak with at least 25 people after each ceremony. We were successfully able to attract and speak with over 75 people across both masses, well exceeding our goal of 50. We also generated $610 through the GoFundMe page, $210 more than our initial goal of $400. Lastly, we were able to successfully minimize our out-of-pocket expenses spent on organizing and hosting the event. Our expenses totaled $130 between supplies, fliers and other materials, which after being divided evenly, we feel was acceptable and within our spending limits.

Lessons Learned
During our time spent on this project we learned a great deal regarding successful project management. We discovered very early in the process that it was going to be difficult to schedule meetings that fit within everyone’s school and personal schedules. Due to this conflict, we realized early on that we would have to make the most of the time we had together as a group. Having a set agenda and delegating tasks before and after each group meeting allowed us to be time-efficient and focused, maximizing our time together. We were able to have focused conversations around tasks accomplished by individual group members, and spent our time making project decisions rather than working on tasks as a group. Each meeting ended with the delegation of more tasks to move the project forward, and we made sure to maintain regular communication outside of the meetings to address issues that came up along the way. Working in this fashion kept us aligned with our proposed timeline and allowed room for diversions from the planned project plan and timeline.

We also learned that in general, when planning a project it is best not to make assumptions. Assumptions on schedules, response time, and priorities can all derail a well thought-out and organized project. While we knew that not every church would be open to helping us host our event, we made a general assumption that people would be responsive. We were quite surprised that when trying to schedule an event in the Humboldt Park area, our only contact at the proposed venue was very reluctant to communicate with us and ultimately prevented us from having an event there as well. This had an effect on our overall timeline, as we were only able to organize the fundraiser in lieu of the event during the last two weeks of our project.

Advice
The first piece of advice we would give to other groups is to contact potential venues and schedule dates as early as possible. Scheduling with the venue can be challenging, especially when accounting for personal schedules of group members. Getting this done early will allow for more date options and might be the difference between a successful and unsuccessful event. We would also suggest having backup venues and dates ready in case of unforeseen circumstances or the desired venue is not available during the desired date. These were all issues that came up for us during the planning stages of our project, and we eventually had to enact one of our contingency plans since we could not secure a second church.

We also suggest that when looking for a venue to host or partner with, try to find one that has a similar mission or goals as you and/or your organization. We found that partnering with a church who valued community outreach, which was the ultimate goal of our event, extremely helpful. They were supportive of our project, and made every effort to help us plan our event and make it a success. This allowed us more flexibility in promoting the event, and provided us with additional moral support on the day of. When imagining how our event would have played out with a more reluctant venue partner, we are appreciative of the support we were provided.

Finally, we also recommend staying within the original scope laid out in the beginning stages of the project. Deviations from the plan will likely be unavoidable as issues and problems arise, however these changes should be focused on reaching the ultimate project goal. It’s too often that deviating from the plan results causes disruptions in the project and ultimately leads to a decreased chance of success. Making slight adjustments to the proposal is fine and often beneficial, as we found it to be, but trying to achieve more than the group is capable of is a recipe for disaster. Aim high, but stay within the group’s limits, as failing to do so leads to far more harm than good. 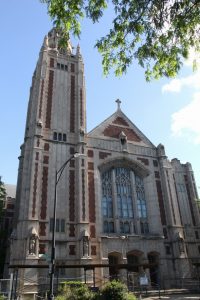 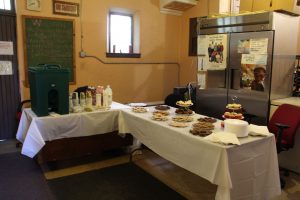 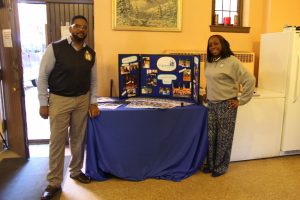 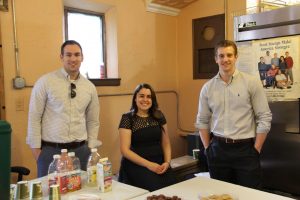 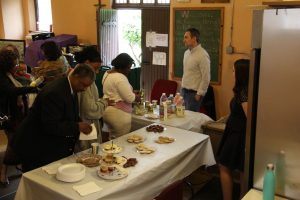 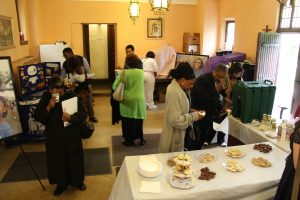 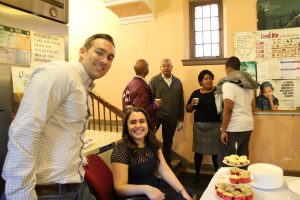