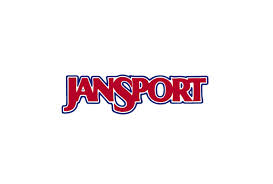 One of the repeated topics we talk about in class is globalization and how it helps companies in a variety of different aspects of their business, such as improved products and operations, as well as reducing costs. However, what if globalization impacted a company negatively? That is exactly what happened to JanSport Apparel. JanSport previously supplied Cornell University with all of its branded school attire. Everything was going well, until a group of students, led by the group United Students Against Sweatshops, boycotted the apparel company and demanded that the university cut ties with the clothing company over its factory safety, or lack thereof. VF Corp., which owns JanSport, did not sign the “Accord on Fire and Building Safety in Bandladesh, [which is] a set of standards for improving factory safety in the country.” Of course, VF claims that their factories are safe and has instead joined the Alliance for Bangladesh Worker Safety.

The Alliance has a smaller population than the Accord, only 26 American and Canadian companies as opposed to 150 companies, but they do not necessarily have the same standards. Factory workers in the Accord, for example, “[have] a broader role in factory reviews.” According to the Alliance, though, “[it] has a Board Labor Committee that advises on the group’s efforts, [and] to imply that workers are not at the heart of our initiative is a direct contradiction of the facts.” The Alliance is also a smaller operation than the Accord because the Alliance inspected only 600 of its members’ companies, as opposed to the 1,100 factories inspected by the Accord.

Cornell University is not VF’s only concern. Prior to Cornell terminating their contract with VF, fourteen other universities, including schools with huge populations such as Arizona State, Penn State, and Syracuse have already terminated their contracts with VF due to the incidents that occurred in late 2012 to early 2013. During that time, a garment factory collapsed and killed over 1,100 workers, and another fire killed 112 workers. The incidents put Bangladesh factories on the international news and created an international movement in order to protect the country’s factory workers. Bangladesh factories supply some of the world’s largest clothing companies and is the “second-largest garment exporter in the world.”

This relates directly back to our class discussion. We always talk about the positive impacts of globalization, and there are certainly ways to globalize in an efficient, safe manner. However, with globalization come certain risks. International companies do not have control of their factories anymore. Instead, they are relying on managers in foreign countries to make sure their goods are being made and the manufacturing process is being executed in a safe, reliable manner. Some of these managers, though, do not always make the best decisions regarding their employees, but instead base their decisions on the bottom line and their productivity.

Would you consider boycotting a clothing company if you heard they were treating their factory workers poorly, or another incident in a factory occurred? What should American companies that export their labor do to ensure that their factories are safe and their employees are taken care of? How do you think these incidents would be handled in the U.S.?

One thought on “The Dark Side of Globalization”