Analysts have forecasted Caterpillar, Inc. (CAT), the industry-leading construction equipment manufacturer, to decrease in production this year. The company has been relying in foreign markets such as Asia and in the Pacific to keep them afloat after the 2008 recession. Looking at the decline in spending and cut backs in these foreign markets, analysts are forecasting rough weather in the upcoming quarters for CAT.

One of the biggest hits for Caterpillar was in purchasing Bucyrus International Inc. for $8 billion in 2011. This Chinese mining company was overvalued by $580 million, due to what Caterpillar thinks, were inflated profits by managers. Since China, the world’s largest exporter, has slowed down in production, Caterpillar is suffering as well.

According to the Wall Street Journal, CAT has announced 11% decrease in sales from this past quarter. This slow down, however, was not what Caterpillar had expected. In January, Caterpillar gave an outlook report for 2013 where they forecasted an increase in revenue of $8 billion and a $2 earnings per share increase. On the other hand, analysts are predicting that they will decrease in revenue from $65.2 billion to $62.1 billion by end of 2013. 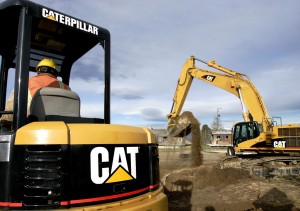 Halting demand for mining equipment in Australia and Indonesia have also taken a tole in Caterpillar’s forecasting plan. With all markets slowing down, except for in Latin America, Caterpillar’s opportunity will be in these upcoming quarter. Caterpillar and other companies in the same situation will all be keeping their fingers crossed for  the US economy to pick up and start new production of construction and mining equipment to get back on track.

Another threat to Caterpillar is the more favorable use of natural gas to produce electricity. This causes a decrease in use of mining equipment and slows down equipment production. The narrowing use of CAT products has forced them to lay off the workers in the assembly plants.

Competitors of Caterpillar, like Komatsu, (the world’s second-largest seller of construction equipment) has also been struggling in the same markets and has already decreased their sales and profit forecast for this upcoming year. If Komatsu seen this coming, why didn’t Caterpillar?

With all these factors coming into play, Caterpillar should be reconsidering their forecasting plan and cut back on production as well as profit expectations for 2013. Will they heed this information or continue with their plan? 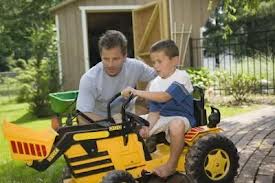