For years the airlines have been perfecting the art of filling seats using algorithms and now Avis, the car rental company is doing the same. The car rental business has been a murky one and company’s have resorted to discounting their services to appeal to customers. Avis saw this as an opportunity to increase profits by improving upon their pricing tools. Now Avis has its own software, referred to as the “demand fleet pricing tool,” adjusting rental prices based on local data, past pricing, and other factors in 110 major markets. Airlines have been using similar technology to maximize revenue on air flights based on types of fares offered on that specific flight.

Top car rental companies Enterprise and Hertz have been less aggressive on their price increases. Nelson told analysts on a conference call. The pricing tool “accelerates and streamlines the decision-making process well beyond the capability of manual action.” Translation: Software is far more adept at extracting higher rental rates than humans, just like in the airline industry. According to a revenue airline manager under anonymity conditions says,”Each airline has a complex computer system based on algorithms that can maximize the profit on each flight based on the types of fares offered on that specific flight.” Airlines know that the system can use all available data to maximize profit. Information that cannot be predicted or computed by the algorithm requires the hand of a revenue airline manager, which is in charge of going into the system to adjust for events at certain destinations or weather conditions.

Avis saw a record breaking quarter this summer and forecasts predict to have a record breaking year. The more dynamic pricing for Avis is responsible for a 3 percent increase in prices which has generated 2.5 billion last quarter. Avis says each 1 percent increase in price represents $33 million to the company. Avis realizes that car rentals are part of travel expenses and is taking advantage by adjusting their pricing based on what is going on in the travel sector. Similarly to airlines that adjust seat prices based on the market, for example the a ticket price to Brazil in summer 2013 was not the same as summer 2014 when Brazil hosted the World Cup, Avis is using a similar approach.

The increase in price for a car rental is hardly noticeable in the traveler’s overall trip expenses, less than a $2 increase in a typical four day trip. The ability to charge more for cars in North America, including for rentals made as part of corporate contracts, plays the largest role in Avis Budget’s improved financial performance. Avis is not revolutionizing anything, they did not reinvent the wheel all they did was improve on the systems in place and incorporate a new pricing tool, one that the airline industry has used for decades.

Can you think of other industries that can use this pricing tool? Have you used car rental services and was the price reasonable? Do you think this is a good idea to charge more for the same services? Do you think the increased profits will continue? Why or why not? 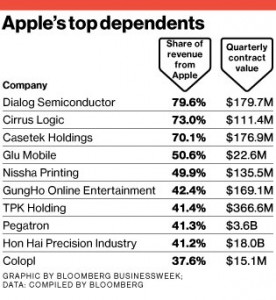