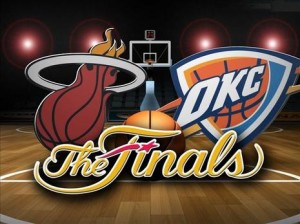 I, like hopefully some of you, am a huge basketball fan.  Of course the early exit from the playoffs by our beloved Chicago Bulls was demoralizing, but I still find myself glued to the television and often cheering or cursing the players on screen during the current NBA final series.  While right now the Oklahoma City Thunder is down three games to one against the Miami Heat in a best of seven series, I have been listening to a great deal of sports talk radio over the last two days and most everyone is saying the same thing…  because no team in NBA history has come back to win a championship when down three games to one in the finals, Miami is going to win.

Simply because something hasn’t happened before doesn’t mean it wont eventually happen.  No one can possibly know the outcome of the future, so why should we even try to predict it?

This makes me think about how some companies, especially start-ups, may have an extremely difficult time coming up with initial sales forecasts.  Who could have predicted things like the meteoric rise in demand of products from companies like Apple and Microsoft, or the rapid decline in domestic auto sales years ago?  According to MaRS, a Canaidian consulting firm, initial forecasting of sales is paramount to a strong start in a new business venture.  http://www.marsdd.com/articles/sales-forecasting-for-start-ups/  For a company to be able to properly allocate resources to things like distribution and storage of finished inventory, accurate sales forecasting can have a major impact on a company’s bottom line.  Forecasting sales too tentatively could cause a great deal of lost potential revenue whereas too strong a sales forecast can result in major expenses related to the excessive production.  This leads to what in my opinion is an interesting debate over what type of forecasting method to use, but also how much weight should you assign to those forecasts?

As we enter the final minutes of the NBA final’s games five, I have a feeling that in this case, the forecasting consensus may be right. Congratulations Miami.

Central question:  Knowing that even the most accurate and thoughtful forecast could be completely inaccurate, how much stock should be put into its creation?  What are some instances where forecasting is crucial?  When is forecast simply unimportant?

6 thoughts on “When Forecasting Goes Too Far”