Is it possible to forecast how much money a movie will make just by reading a script?  Statistics professor and movie guru, Vinny Bruzzese says you can.

Mr. Bruzzese and his team have supposedly come up with an equation to forecast how much money a movie will make in the box office, just by reading the script. For only $20,000 his company, Worldwide Motion Picture Group, will read any movie scrip and will compare it to other narratives with comparable story lines, Facebook likes, and data taken from focus groups consisting of over 1,500 moviegoers. With this information, he can dissect any scrip or screenplay, and help directors see how much money their movie will (or will not) make.

Based on statistics and moviegoer opinions, Bruzzese reads a script, and uses data to determine if characters are likable, or should be changed. He uses corresponding data with certain celebrities to determine how many people will attend a movie just because that person is in the film. His recommendations usually come in a 30 page report, and include both minor and large corrections.  Mr. Bruzzese also said that he will not hesitate to inform a writer that the movie is crap, and characters need to be developed into something completely different in order to for the audience to be engaged enough to see the movie in theaters.

So far, Mr. Bruzzese has reviewed over 100 scripts in Hollywood, including “Oz the Great and Powerful,” which earned $484.8 million in the box office. His services also include reviewing scripts for TV shows and Broadway productions. Although his price may be high, Hollywood directors seem to be interested in his operation, and many have found it to be incredibly useful. However, he clearly states to each screenwriter that he will not be held responsible if the movie flops, and his equation is not correct. As we learned, forecasting is rarely 100% correct, and is used as more of a guideline than an indicator of fact.

But what are the implications of using statistical forecasting on an art form like movie making?  Some people are not as excited about the idea. One movie critic wrote, “It’s the enemy of creativity, nothing more than an attempt to mimic that which has worked before. It can only result in an increasingly bland homogenization, a pell-mell rush for the middle of the road” (Ol Parker).

So do you think forecasting of new moves will inhibit creativity in scriptwriters? Do you think Hollywood directors should only focus on their movies making the most amount of money? Will Hollywood movies just become cookie cutters of the previous ones before them? Or do you believe an equation made for forecasting movie success help make new movies better? 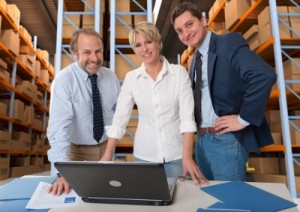 Just few weeks ago I didn’t know the importance of forecasting until recently I learned how important it is to forecast in any business. I never thought of inventory as being cash I just thought of it as a bunch of stuff, and materials. I found this article in Forbes magazine that talks about how inventory is your cash. It discuses how you are supposed to treat your inventory, and how you are supposed to track all your inventory so that you can gain more cash then losing cash and better business that will make your consumers happy.

Having a business is not just about buying and selling you have to pay attention to what’s coming in and what’s going out and in order to do that you have to track everything. My family has a business and when they are doing their orders they do forecast everything. First time I saw them I didn’t know what they were doing until recently when I learned about it more. It’s not about having a lot of inventory in your business you have to see how much was sold, how much you have in hands, and how much you think will sell that’s what you bring in. By tracking and forecasting your inventory it will save you a lot of money because you don’t extra inventory sitting in stock that will not sell. The bigger the business you have the harder it gets to keep track of your inventory so that’s why everything has to be monitored so save you money. 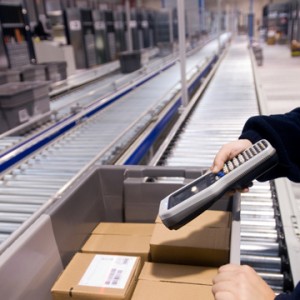 As a business owner you might think you are keeping costs down, but without using the right steps it will get very difficult so you must track the entire inventory to make the business grow. For example, if you own a business that sells fresh products you want to make sure that you get new products in everyday you don’t want to order to much and it will stay there consumers won’t be interested in shopping there anymore because they don’t see fresh products. By forecasting and mentoring everything that’s coming in and going out will help you get fresh products everyday and will help your sells grow and be a successful business. This will also help you with product life cycle if a product was selling a lot and then it slows down you don’t want to keep ordering it for your inventory and it won’t sell. There are many systems to help a businessperson to track and forecast their products. There are special computers that will help just putting the information into the system and it will automatically tell you everything that you have and need in your inventory.

What do you think about inventory equaling cash?  Do you think forecasting will help in having better successful business?

“Tails” is the regions first all natural pet food brand that has been officially launched in February 2012.  Their aim was to provide healthy pet food that is free of preservatives, added colors and flavors as well as the use of 100 percent natural human grade ingredients. They club their services with the Highest Quality, the Best Customer Experience and Value for Money.

Being the first of its kind in the region, and with the general lack of data availability, i immediately thought ” How did they know that this was going to be successful?”

i was fortunate to meet with the owners, in class we talked about all the different forecasting techniques and determined when it was best to use each technique. But what do you do if you had no history/data to use?

Well in this particular case there was no entity in Bahrain that actually registers or even keeps track of Dogs in Bahrain. The owners did alot of research and found that the only entity closest to giving them information was the airport customs office, and they only recorded how many dogs came into Bahrain and how many dogs went out. Moreover they started to get samples and estimates from vets. And the final number they came up with somehow met their expectations and they were comfortable with getting even 10% of it.

Within a four month span, sales at Tails has doubled . This led to a bottle neck in their production ( remember the paper puppet activity?) , the machines they had were not able to package and seal fast enough to meet the demand of their customers.  They tried to overcome it by cooking more on and storing it  but they did not have enough storage capacity to meet this unanticipated demand. to overcome this Tails had to quickly invest in new machines that will be able to seal and package faster in order to meet the demand of their customers, gives more flexibility on variety and size, and to start distribution to supermarkets.

Tails are slowly keeping up with their demand however it has been stressful for them because they were not able to accurately forecast.

So i leave you with a thought : how do you forecast with no data? and which forecasting method should Tails use today in order to help them predict their future sales?