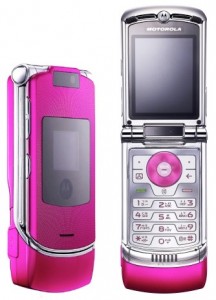 We now live in a world where you could purchase items, order food, pay your bills with just the click of a button. Making the decision whether or not to update technology is a risk which managers have to consider. “Competitiveness and payback are the primary strategic factors to consider when looking at the advantages and risks of new technology” (James P. Cramer). Companies must realize that the world is changing and competition is everywhere. Online shopping has become a norm and is continuing to improve. With so many people shopping online companies must integrate methods to keep their customers. Firms compare themselves to other firms to keep up and stay in business. Another important aspect in this is payback. Businesses must determine the pros and cons when deciding to update. They need to determine if their decisions will bring them profit or make them lose money.

I used to work at Von Maur, a retail store. I did agree with many of the strategic decisions of the company but not all. Their managing quality was excellent. The customer service of Von Maur is outstanding. Their motto was quite interesting “Rule #1, the customer is always right. Rule #2 refer back to rule #1. The supply-chain was great; customers would complement the buyer’s decisions. The layout strategy was another great quality. They had recently installed a new computer system that made things quick and easy to use. The registers were touch screen and convenient.

However, I did not agree with the scheduling. This is where technology may not always be the best option. There was a program called Tess which was used for employee scheduling. The system did not distribute hours reasonably. For example, my co-worker and I had the same amount of hours, I had to come in 6 days in a row have a day off and then another 6 days in a row while her schedule flowed. I’ve also had many shifts where I would work a 12-9pm and then the next morning I would have a 7am-4pm shift. A majority of the employees agreed that this program was an issue.

One thing I think Von Maur must improve on would have to be their mailing system. Their mailing process was extremely slow. After applying for my credit card I had to wait weeks to receive it in the mail. Their mailing should be converted to e-mailing since many consumers use e-mail.

In the article, James P. Cramer made a great point, “Technology is reinventing the entire industry. If you are wondering whether or not to adopt new systems, it is our belief, as a general rule, not to wait. Competitive fitness should be your mandate” (James P. Cramer).  Technology is changing our lives dramatically.  Making change as soon as possible is a good idea because you don’t want to have to compete with others who are taking initiative in improving.

Have any of you worked in a place where technology was a positive or negative aspect of your job? Did you work in a company you felt needed to improve their technology?