The start of a project is a critical time; a lot of focus is put on budgets, scheduling and risk.  One often overlooked aspect of project is the role the project manager plays.  There are many tools that can help in predicting costs, timing and potential risks of the project.  However, there are few tools to help decide on the project manager other than a ‘gut feel’, or stating ‘I have my best man on the job’.   The way the project manager, manages the project can have a huge impact on the success of the project.   A project manager needs to be able to clearly define milestones and convey these milestones to the project team.  A project schedule and budget often relies on the belief that the team will be efficient throughout the project.  A team without clearly defined goals or confusion within the team will not work to their full efficiency.  In my own experience weeks have been “lost” during a project due to team members working on the wrong tasks or working on tasks that do not help the project move forward efficiently.  Without definition and effective communication all the tools and analysis may not ensure sure the project is a success.

I have seen many instances in my career where the project manager and not the project nature, schedule or budget have had the largest impact on a project.   Many times how the project is conducted and the communication in the project that is most beneficial and often this can be seen by number of successful projects a certain project manager has managed.  These management styles are very hard to be measured often times it is overlooked and not addressed.

How important do you feel the actual project manager has in the overall success in the project?

The World Cup is arguably the largest sport event in the world.  Most argue that not even the Olympics have the same amount of popularity world-wide.  Being honored to be the host nation comes with huge benefits; money from tourism, publicity across the globe, and a free birth into the tournament.  Not unlike the Olympics, FIFA (the governing body of soccer internationally) awards the location many years in advance to make sure the country is ready.   However with this great honor also comes a lot of risk, the preparation costs billions that the country may not guaranteed to recoup.  In 2010 South Africa held the World Cup, however as the event approached there were doubts if they would actually be ready.  As late as February 2010 FIFA and South Africa announced they still were not finished with the main stadium and still had 300,000 tickets unsold for the June tournament.  During South Africa’s planning rumors were common about other countries England or the United States hosting at the last minute.  This tarnished their reputation and could have been an underlying cause of a lower than expected attendance during the tournament. South Africa did successfully host the tournament however, it is very doubtful that they made a profit on the event. 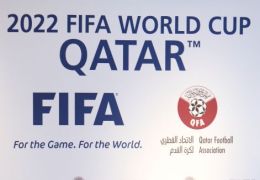 In 2011, Qatar was announced to be the host country for the 2022 world cup.  Since the announcement, Qatar has had to deal with tremendous pressure.  With many nations watching, any slip in schedule or wrong steps will make front-page headlines.  Project management for the event has proven very critical throughout the process.   Since Qatar received the announcement, there has been little headway in infrastructure and building. Many of the projects that have had little progress will affect others for instance the infrastructure needs to be completed before other projects, such as stadiums, can start. Keeping projects moving forward has shown to be one of the issues that have plagued Qatar.  It appears the government has realized one of the issues; in March, they held project management training to try to help the situation in scheduling and planning.  It is good to see that Qatar is identifying problems early and addressing them quickly.  As many are worried about this after living through South Africa’s struggles and Brazil’s (who host next year). I am confident that Qatar will in fact rise to the occasion.  The benefit to Qatar is its wealth; they will be able to spend more money to assure the projects get back on track as opposed to the last two host nations.   With Qatar realizing the issues with schedules, and wiliness to work on underlying issue such as project management skills Qatar will be ready for 2022; However, the jury is still out as to whether the event will actually generate any profit for the nation. The years leading up to the event will be critical assure the public, that the projects are on track and the event will live up to its hype.