This past week American Airlines learned that the more suitcases are hauled onto the cabin, the longer it takes to get people on board.  Passengers boarding with American Airlines with items small enough to store on the floor will now be allowed to board before passengers with large suitcases. This in turn will help reduce all the traffic of roller bags down the aisle of planes. This new change in process should help planes depart gates faster along with improve on-time arrival rate. 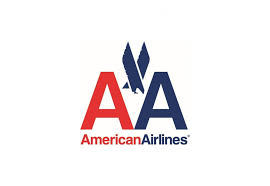 Before implementing this new change, American Airlines more than likely came up with a type of process improvement model like Deming Cycle, PDCA. Plan, is the first step on the cycle, where the airline had to describe the process, define customer expectations, identify causes of problems, develop potential solutions, and finally select the most promising solution. In this case, customer expectations probably included on time arrivals to destinations.

The second step to the Deming Cycle requires a pilot study to test the potential solution. In the article, it is mentioned that American Airlines conducted a four-week test demonstrating the new boarding procedure and proved to cut off an average of two minutes of flight loading time. Two minutes may not sound like a lot, but as Daniel Bellavigna, supervisor of continuous improvement, says “it adds up”.

The third step of PDCA, check, means examining the results of the study and determining if the new process performance has improved. In American Airlines case, their four-week pilot study performance did improve. It reduced boarding time by two minutes.

Act, is the last step of Deming’s Cycle. In this phase, the best solution is implemented with a process to monitor process performance. The airline company implemented the new way for boarding, passengers with small carry ons to board before those with suitcases, this past Thursday, May 16.

Along with the PDCA cycle, the company probably also came up with a process flow diagram in order to understand their process better and to help simplify and redesign the process. This process mapping most likely helped to come to their conclusion.

A cause and effect diagram could have also helped American Airlines. The effect being, late arrival flights, and one of the causes being, too much time spent on boarding passengers onto the plane.

In March, about 20 percent of U.S. airline flights were delayed, and about 7 percent of these delays were due to late-arriving aircraft. With American Airlines new boarding plan, it is hoped to bring down the percent of delayed flights.

With their new boarding plan, American Airlines is making passengers with lots of luggage pay, but not only in money but also in the amount of time spent in line waiting to get on board. They hope with this new plan, passengers start to carry less in their carry ons and that other airlines start to adopt the same procedures. What other ideas would you recommend for airlines to improve on time arrivals.?

3 thoughts on “Two minutes, does add up”