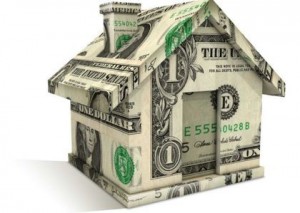 Everyone says that leaders are imperative assets to organizations, but where is the proof? Right here, and it shows that leadership impacts the financials, the company’s operations, potential investors and much more.
From August 2011 to January 2012, Deloitte Australia ventured out to establish the correlation between a corporation’s performance and senior leadership.  Deloitte Australia completed 445 surveys and interviews on investment analysts in order to get to solve the puzzle. What they found is that investment analysts no longer only looking at the bottom line financials, but instead are “incorporating judgments about senior leadership into their equity valuations”. Incorporating their senior leadership judgments were found to account for up to 15 percent of a company’s value, which may make or break an investment deal.

A second criterion that investment analysts evaluate is the team effectiveness of senior leadership, which 50 percent of the analysts surveyed/interviewed reported to Deloitte that they evaluate team effectiveness as well. In addition to this, 80 percent of the participants said that team effectiveness among senior leadership  would lead to a premium evaluation, while an ineffective team structure would lower the equity valuation. It is interesting to see how investment analysts approach an investment and what qualities they are now looking for in their prospective investments. It’s clear that people are no longer interested in only how the company is currently operating, and instead want a sense of security that the company will not go bankrupt right after the investment. Effective leadership is shown to create that safeguard for investors and show a glimpse of future operations as well.

Deloitte Australia also found that the correlation between performance and leadership varies by industry. As shown in Figure 1, some industries such as consumer goods and financial services, place a larger emphasis on expected performance during their investment review process. This is because industries these industries are more standardized than the rest, meaning that they require less research and development. As a result of this, changes in leadership personnel and methods can be seen quite quickly, which allows analysts to judge the quality of the investment with the new adjustments. In contrast to this, an industry such as technology has a lag in the performance impact of leadership changes. This is because with the constant restructuring of the industry, the leader’s impact is not as easy to quantify.

With the evolution of the marketplace and the ability to obtain more and more information, investment analysts are able to cover there bases and make the more informed decision possible. In their eyes, senior leadership is ensuring them that they are invested in a quality company that has a bright future. But what about the leaders themselves? Do you think that too much scrutiny is being placed on the leaders, or is it a part of their job to be analyzed as if they were the product for sale?  I understand that people want to make the most out of their investments and I kind of  feel like leaders, such as CEOs and COOs, should accept this evaluation as a part of their job description.  They did sign up to lead the company, so they should do whatever’s best for the company, right?