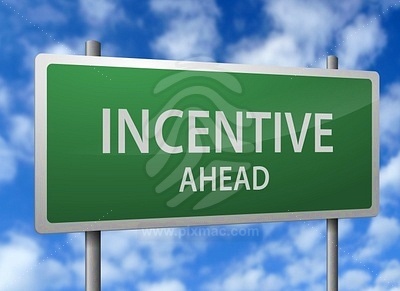 As a business starts out there are a few challenges that CEO’s will have to face. One challenge is hiring the right people for each position needed. The next one is retaining the employees. If you are going to try and expand and compete you have to make sure that your employees are happy. If employees know they are working in an environment that they love, then they will want to stay. By offering incentives to your employees it shows that you care about them and you want to make sure they are getting treated fairly. You do not have to do anything outrageous like Google or Facebook do in their work space. Simply adding free lunch once a week will improve absenteeism and decrease your turnover rate.

For example, Google has been known to offer on-site haircuts, gym memberships, fully stocked lounge areas with billiards and video games, on-site dry-cleaning, and even gave employees 100,000 hours in subsidized massages in 2012. Who would not want to work there? You can get all your errands done for free while you are at work. By offering incentives like these it increases employees productivity. I know if my job offered half of those incentives I would want to make sure I am doing my best at work so I can stay with the company.

Almost everyone has heard about how working for Facebook is great. Not only do they have catered meals and a insane break room, they also offer paid maternity leave for four months. They also give reimbursements for daycare and as a bonus Facebook gives you $4,000 as a gift for the new born. That is crazy to think that they give gifts like this to every single employee that works at Facebook. You would think people would take advantage of it but that is not the case. They have never had a problem that would make them want to take away the gift. They trust their employees with their company, and the employees trust the company with taking care of them.

Yes all this seems outrageous if your a small company, but just by allowing employees to wear jeans one day a week can make a large differnce. You have to find out what works best for your employees and your company. Start by asking some of the employees what they like or what they feel could help them get through a tough day at work. You would be surprised with how easy it could be to ask employees what they want instead of assuming. By making the employees feel like they have a say, they will have more respect for management and the organization as a whole.

If you can pick some incentives at your job what would they be?

Would your productivity increase if you got offered incentives?

Many times we, as business students, have thought about the related stress and demands that we could face if we ever had to lead our own organization. Managing the various divisions across the organization to make sure we are reaching the expected results, that the company culture is positive and that employees are actually performing what we want from them.  Let’s face it, the very thought of it may be exhilarating, but it can also be exhausting and may give us an unexpected set of grey hairs.

The article entitled, “When the CEO Burns Out” from the Wall Street Journal discusses the particular case of James Green, CEO of Giant Realm, an online advertising network.  While the article not only makes mention of the high amounts of stress and mounted expectations that this CEO faces, it goes further by stating how this trend is on the rise in the US corporate environment in general.

The article mentions a study carried out by the Harvard Medical School, which clearly illustrates the new trend among CEOs, the study showed that 96% of senior leaders reported feeling burnt out. This new trend is something that needs to be addressed and solved as soon as possible. It will not only damage the long-term goals of the company but will also decrease the CEO’s management quality, as they strive to reach the numerous objectives set for them.

This article does a good job of describing this recent trend, as well as the medical reasons and preventions that executives can take, yet it fails to mention non-health related actions that companies should inspire their CEOs to do. These actions include an effective and fair delegation system, which many times is a hard decision for executives to make, since they feel they will not be needed in the future, or because they are decreasing their workload. Executives should also be compensated and treated fairly even if they sometimes do not achieve the desired results. As long as these CEOs have the input of the shareholders and receive positive criticism, their performance can still improve in the future and without taking a toll on their mental and physical health.

Companies need to realize of this new and more recurring trend and take preemptive measures to help CEOs not only perform their job successfully but also keep them motivated and enthusiastic about their job and the company itself. Often, when CEOs experience burnout they are later instructed to take a leave of absence to recover from stress. During these absences companies have seen not only their operations lag and/or become less effective, but also a decrease in stock value. This last issue may sometimes make the pressures that were put on the CEO previously inconsequential since the company’s value took a step back during the CEO’s absence. In conclusion, companies should look for results but they should do so responsibly while also making sure that their leader is healthy and motivated to improve on previous performances and improve their managing quality.

What do you think companies should do to avoid these burnouts?