On April 15th, Electronic Arts (EA) has announced that they will be retiring several of their most popular social Facebook games: The Sims Social, SimCity Social, and Pet Society. EA stated that the reason is that,

“After millions of people initially logged in to play these games, the number of players and amount of activity has fallen off. For people who have seen other recent shutdowns of social games, perhaps this is not surprising.”

These three games will officially go offline in approximately 2 months, on June 14, 2013. 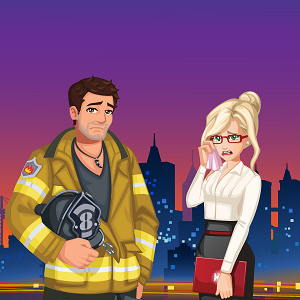 An issue that follows the closure of these games involves the in-game currency for these games. Facebook games are free-to-play, but many games (“freemium” games) like EA’s allow users to purchase in-game currency with real currency to buy certain features in the game that are not free. So while EA is fine with retiring the games, many dedicated players are not happy with the fact that they spent real money on the game, and will no longer be able to access the game and the items they purchased once it goes down. EA’s response is as follows:

“Players are encouraged to spend their remaining balance of SimCash in The Sims Social before the game is retired on June 14th. As of that date, any remaining SimCash left in the game will be invalid.”

This does not really solve the problem. Players cannot do anything about it and refunds will not be provided.

These announcements have all came after EA had recently been voted for and crowned as the Worst Company in America for two consecutive years, as well as the chaotic launch of their newest game, SimCity 5. EA’s closure of these games continues to shed light on the issue of consumers not “owning” a product that they purchased, most notably intangible products such as online-only games.

As an ex-player of some of EA’s Facebook games, I think that the reason why people gradually stopped playing their games is because they failed to meet the consumer’s requirements. They were great games at the start, but as they started becoming more aggressive with the new content and the push to purchase in-game items, the games started going downhill. Many of the players, as well as myself, did not like it. Even though the community had expressed their feelings about these decisions, EA failed to address the problems. Just as our class failed to consider the consumer group’s requirements in the paper airplane activity, EA failed to meet their players’ requirements and expectations for their games.

What do you think of EA’s move to retire these games, and their responses to their consumers’ complaints in regards to the in-game currencies? What do you think about the issue in regards to the payment for and the ownership of intangible products? Furthermore, what does all of this say about the quality of EA’s products and services, as well as EA as a company in general?