DePaul and the city of Chicago are partnering to build a “large-scale tourism and economic development project” near McCormick place that will be home to DePaul’s men’s and women’s basketball programs. The city of Chicago will contribute $100 million, and DePaul will donate $70 million in order to make this plan a reality. The blueprints include street-level restaurants and shops, a 400-room hotel, an elevated pedestrian walkway, and will hopefully create 3,000- 5,000 permanent jobs and 5,000 additional construction jobs. DePaul also gains naming rights, income from DePaul ticket sales, and revenue from the Big East Conference.

This collaborative effort has been controversial since the city of Chicago does not appear to be in a financial place to make this sort of business move. As an example from recent news, 50 Chicago public schools are closing both due to lack of enrollment and for cost-cutting purposes.

DePaul’s basketball program is not exactly a powerhouse, and game attendance continues to dwindle. This facility will be closer to campus than the current Allstate Arena location, but it will still be 50 blocks away which doesn’t make the proximity ideal. To make matters worse, the United Center offered DePaul the option to benefit from 10 years of free rent plus all ticket revenues, but DePaul declined the proposal. As tuition continues to rise, many students question whether this is the way they feel their precious money should be spent. City representatives claim that the arena will break even the first year, but the numbers used to create these predictions seem to be optimistic and unrealistic.

On the other hand, a project like this could create jobs, further stimulate tourism, and increase tax revenue which could possibly strengthen the city of Chicago which has been struggling. “The majority of the money the city plans to put toward the construction is coming from the Metropolitan Pier and Exposition Authority, which is a separate entity from the city of Chicago. This basically means the MPEA cannot use its resources to help avoid the struggling school system as its sole purpose is to expand Navy Pier and McCormick Place, which are two of the most frequented spots by tourists.” (Fox News) The new arena also offers DePaul an opportunity to rebuild their basketball program by encouraging a higher caliber of athletes that will be enticed by the top-notch facility.

What were your thoughts when you received the e-mail announcement about this new “partnership” from President Holtschneider? Do you think this is a good investment for DePaul? Do you think that it will help DePaul’s basketball program in both attendance and recruiting? Do you think this project will benefit the City of Chicago in the long run?

When people think of Universities in Chicago, DePaul University is usually one to come to mind, so there’s no doubt that the university would have a few connections with some Chicago-related events, and representatives.  The mayor has donated tons of money to the school, and the university is one of the first to be included in holiday parades that march down Michigan Ave.  But why is DePaul so “plugged” into the city?

DePaul University is split into two campuses; one beautiful, and one that barely passes as a campus.  On any given day, the Loop campus is filled with not only students, but a number of pedestrians, including many loiters.  How does this constant flow of random pedestrians throughout the Loop campus affect the quality of the university?  Furthermore, how does it affect the experience of the students?  The same building that holds the school’s student center, is the same building that holds Chicago’s Water Department, as well as many eateries open to the public, so the pedestrians will always be there.  It seems there should be a set standard on how open a “Private University” should be to the public. 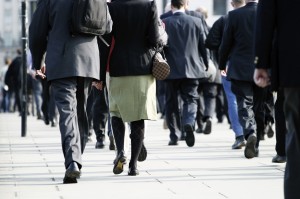 Students spend tons of money each quarter paying for classes without knowing exactly where there money is going, or how it will benefit them.  Since entering four years ago, I have seen a few improvements on the Lincoln Park campus with the addition of the new library, and a few other buildings.  But what is the University spending to improve the Loop campus?

I have always imagined that DePaul would do something to privatize some part of the campus to make students feel more comfortable, or at least match the quality of the Loop campus with that of the beautiful Lincoln Park campus.  So what does the university do to help the Loop?  Add new dorms for DePaul students only?  Add a 24-hour library that can only be accessed by students? No, and no; the university invested $70 million dollars to build an arena by McCormick Place, open to the public!  Even more shocking, a former Cook County representative has consistently gotten paid $80,000 annually, by DePaul, for representing the university.  Being only a student, I cannot explain the university’s logic in these decisions, but it does make me feel like the system of the school’s budget could use some improvement.

Outside of the very few basketball games that the Blue Demons will have in this arena, it will be open to Chicago events, including Public Schools and Community Colleges.  This is great for Chicago, but how is this a benefit to the students of the university? 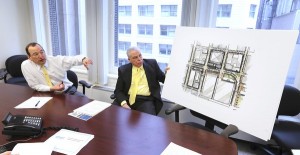 Hopefully this big investment will give the Loop campus a higher-quality feel.  Maybe the university wants to keep an open reputation to the city.

Do you think this was a good investment?  What can the university invest in to improve the quality of the loop campus?  What are some of the standards a Private University campus should have?