Our team chose to work with DuPage Pads and the First Presbyterian Church of Downers Grove to execute a garage sale fundraiser.  DuPage Pads is the largest provider of interim and permanent housing in DuPage county, providing services such as education support, employment support, case management, and life coaching to end homelessness in DuPage County.

The team decided to do augment revenue at the garage sale fundraiser by incorporating a bake sale, online donations, and a food truck.  The food truck would be a novelty for the area as Downers Grove ordinances prohibit such vehicles from selling on public spaces – not an issue when using private property owned by the church!  We would leverage our existing networks at home, work, and beyond to solicit items for donation for the sale. 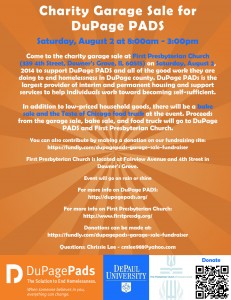 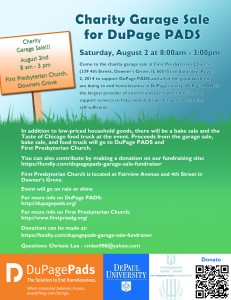 The objectives of our fundraiser were twofold – to raise at least $500 to donate and to create as much awareness for charity as possible.  Given the time constraint, we agreed that one of our primary methodologies was to focus on cost control in order to generate the maximum amount of profit. We organized responsibilities of each team member by functional area, splitting the online components and media, the bake sale, and contact with the church, charity, and food truck to separate members.  This strategy proved to make logistics more difficult as we had to coordinate drop-offs with the member in communication with the church. 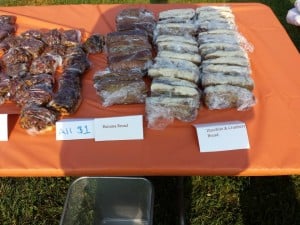 Despite our best efforts to create contingency plans, we experienced some bumps in the execution of the sale.  First and foremost, the food truck was a no-show due in part to storms the night before, but assurances from the owner kept us from implementing a contingency plan until it was too late.  Here, a contract would have helped us recover some of the revenue we had expected to gain from the sales.

We were also unprepared for the interest that the garage sale would generate.  We had allotted 1.5 hours to set up and preparation before the sale, but started getting customers early which then pushed the completion of preparations back until after the official start.

However, we focused on making sure that the key elements such as pricing and signage were in place, and had a successful day!  Our final donation amount was $124 to the First Presbyterian Church and $1113 to DuPage Pads. 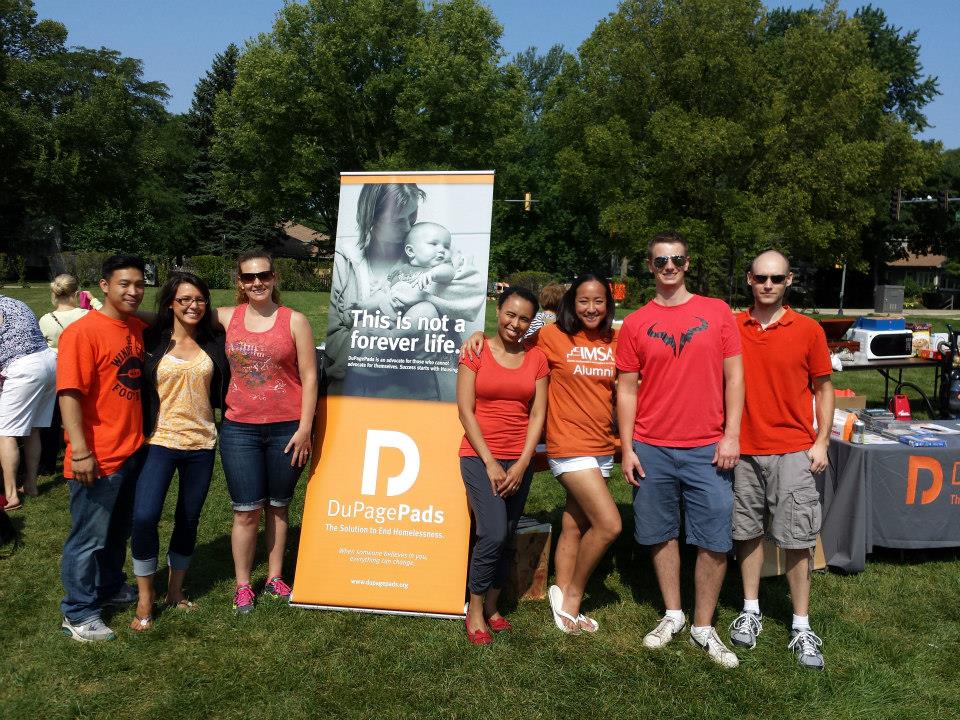