Description of the Project

Our team’s goal was to organize a car wash, with the help of some gracious volunteers, in attempt to raise awareness and funds for a Save-A-Pet (SAP) while applying the concepts and principles we learned in our project management class. SAP is a local, nonprofit organization and one of the largest no-kill cat and dog rescues in Lake County that operates a full-time adoption center which provides a safe haven for abused, neglected, injured, and lost  animals. 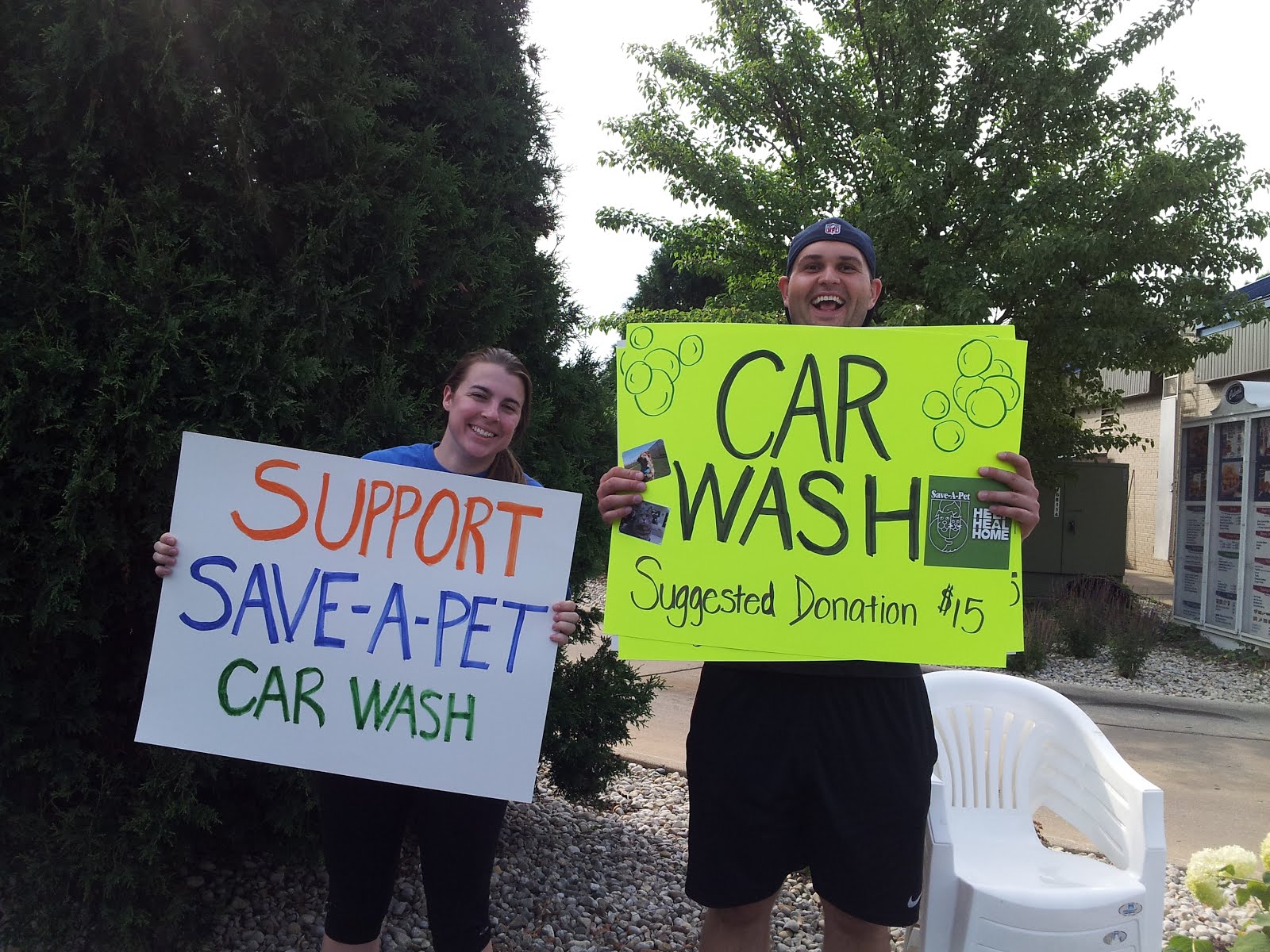 Although SAP was unable to host the event on-site, they were able to put us in contact with Culver’s who had partnered with them multiple times before. A few email exchanges later, we were able to establish a date, time, and location (July 26th 9AM to 4PM at Culver’s of Grayslake) for our event. The accommodations could not have worked better as Culver’s dedicated a large portion of their sectioned off parking lot for our event and they offered use of their water connection. Fortunately for our team, one of our team members worked for a company that produced almost all the supplies (buckets, sponges, drying rags, and squeegees) we needed for a car wash and agreed to donate all of them for the event. The only supply we needed to obtain was car wash soap which was donated by one of our team members as well.

In addition to providing a car wash, we had representatives from SAP on-site with information about their cause as well as pets available for adoption and a shaded area with refreshments for potential donors to sit while they had their car washed. This worked tremendously well as demand fluctuated throughout the day.  When demand peaked, the representatives provided a welcome distraction for our donors.

Lastly, we had an online fundraiser available for those who wanted to help out SAP but were unable to make it to the actual event.  We also had a couple donation jars by the cash registers inside Culvers encouraging people to donate or just give their loose change.

Our project progressed from a simple RFP to an execution plan as well as risk management plan. The implementation plan provided an OBS, WBS, and milestone schedule to give us a firm grasp of all the steps, time commitments, and verifications that we needed for our project to be a success. This laid the path for completion, and we just had to execute.

Although the execution did not go exactly as planned in terms of personnel due to vacations/ work and family commitments, we all were able to fill throughout the life of the project and pick up where others left off when needed. Luckily, we did not have deviate much from our plan. The most significant deviation was securing a location which took longer than expected. In the meantime, we were able to work on a website and marketing material while the location was being finalized. This allowed us to quickly update for location and distribute once the location was known. The risk management plan was an integral exercise because it made us think about any potential pitfalls that could derail the success of our project. We were again lucky in the sense that we did not have to act on any of our risks. 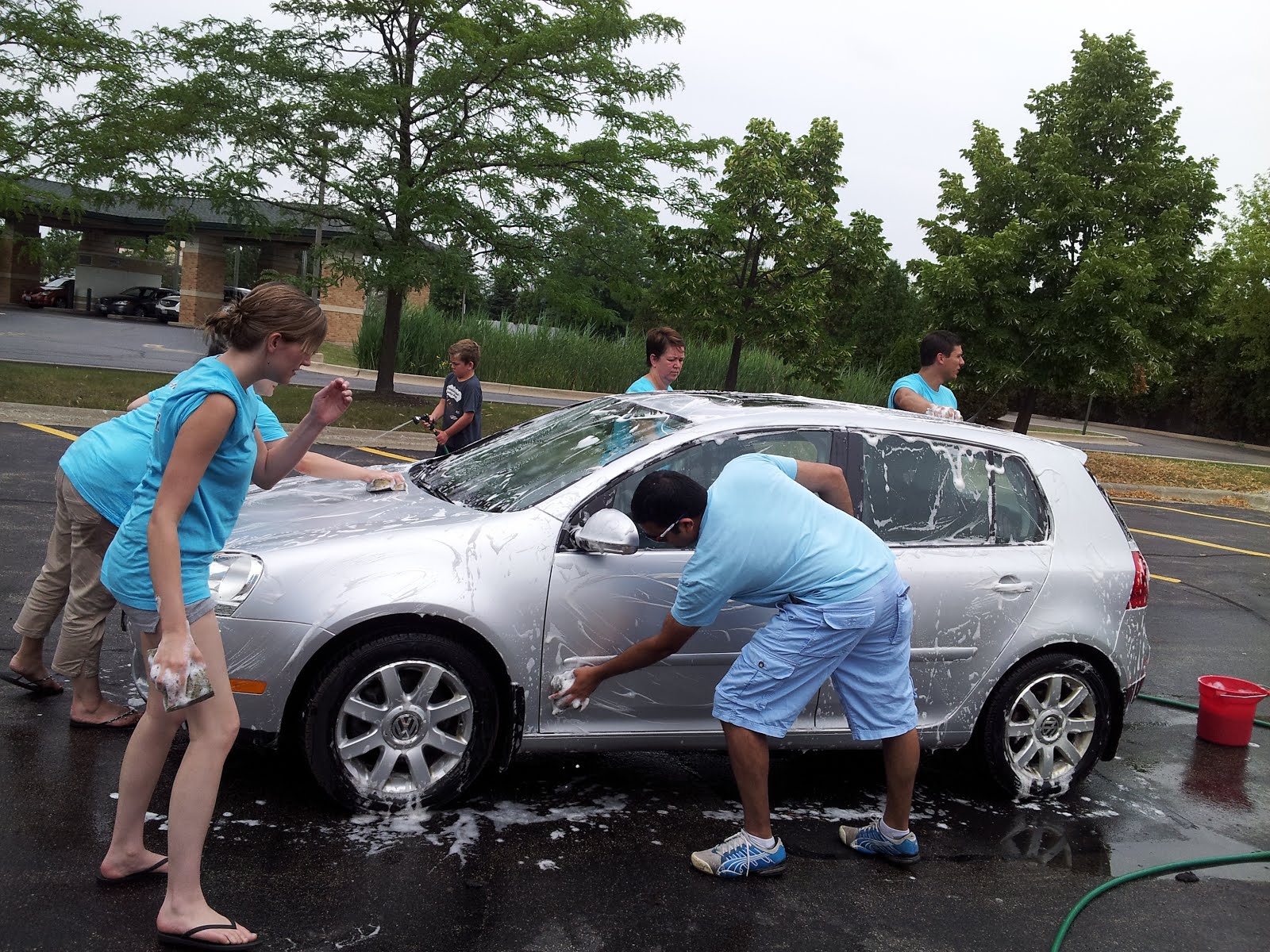 Our project was a success as we generated $970 of donations during the carwash as well as $370 online.  One of our team members was also able to do a company match for $300 giving us a total of $1,640 donated to SAP.

The following is some advice for teams doing a similar event:

Lessons learned from managing the project

We learned many lessons from our project, but here are some of the main ones: 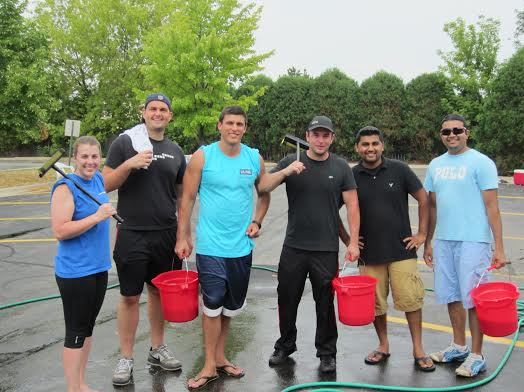 Many of us working in Corporate America know all too well that management hops on and off buzz word bandwagons faster than Miami Heat fans after LeBron took his talents back to Cleveland. Now I usually don’t get caught up with these buzz words/motivational slogans as they all pretty much preach the same thing lately (“get things done and make sure you’re engaged and smile while doing it”) but one in particular caught my attention recently. I had the privilege of sitting in to a Business Area dashboard review and a particularly alarming trend had appeared on a program. It was readily apparent to the Business Unit VP that this trend had been present for some time and was the result of poor teamwork that would result late contractual deliveries. The VP went into the typical feedback/follow-up actions but followed it up with some great knowledge on leadership when she exclaimed “You can pull a rope anywhere you want to but try pushing it and you’ll get nowhere.” She further expanded by going into how there were two types of leadership styles: push (directives, power-based approaches, compensation leverage, performance reviews) and pull (values, appreciation, mentoring, example-based). Push leaders try to make people do things. It is very difficult to have a amicable work relationship when you are forced to do something and manage by instilling fear and repercussion. Pulls leaders lead in a manner that people choose to act.  They manage their team by creating a desire to work, learn, and grow together. Either way you end up in the same place. The latter however creates a path of least resistance to success. She later followed up the meeting by sending out the link to the article. The article can be summarized in the following bullet points:

What do you think of each style? Is it more appropriate to use one style over the other? Should you be flexible and use both?

As an employee of a fellow defense contractor, my ears perked up a little more than usual when Professor Cook mentioned one our competitors in class, Lockheed Martin.  And the story that followed was even  more compelling. It took Lockheed Martin 143 days to create a world class fighter jet in 1943…and no that is not a typo. The seemingly  “impossible” was completed and this was before we made our most dramatic  advances in technology and even before the study of project management caught on in academic fields. So how was the “impossible” made “possible”? It was accomplished through the implementation of a Skunk Works team which still operates today and continues to produce revolutionary technology in the defense industry.

So what is a Skunk Works team? A Skunk Works team is a small team of highly motivated and capable individuals that is taken out of its traditional working environment and given almost endless freedom from their corporation’s standard, procedures, rules, and regulations to create cutting-edge products or services on limited funding and under strict timelines. Kelly Johnson, the chief engineer at LM and mastermind of the Skunk Works project management technique, created a set of 14 rules that should be used in implementing Skunk Works. The 14 rules can be read in link 2.  Although the rules outlined by Johnson were for a government/defense environment, the basic concepts can be boiled down to three concepts: “First, it’s more important to listen than to talk; second, even a timely wrong decision is better than no decision; and third, don’t halfheartedly wound problems–kill them dead (2).”  These rules emphasize the importance of leadership and decision making for effective Project Managers. Without these qualities,  the team will not work optimally which will impact cost, schedule, and performance which cannot be sacrificed in critical R&D projects.

The ideas have recently drifted outside of R&D projects.  One example is Malaysia Airlines, which created “laboratories”to bring together teams to tackle specific issues such as boosting sales, increasing customer satisfaction, and reducing overhead costs among other. The group stays committed on its task for an extended time ( ~month), until it has fulfilled its agreed-upon “exit criteria”. The idea has gained so much traction at the company that the airline’s CEO believe working on such a team, “is not a job; it’s a calling”.  Another uproot of Skunk Works is the creation of  creative workspaces that boast bright colors, open layouts, and more flexible workplace regulations that foster the sharing of ideas and risk-taking. Many of the most successful companies in the world (Google, Apple, Amazon,etc) have mastered the creative workspace and continue attract the brightest talents and push the limits in their respective industries.