These days it feels like every tech company is trying to get inside your living room. In years past it has been the cable companies who have had a major hold but as streaming services like Netflix and Hulu Plus are becoming much more accessible and a TV war is looming. One company trying to merge the cable and streaming industry is Fanhattan.

Leading up to now having both services is often a very conflicting proposition. Not only do you have to pay for two separate services, but it is such hassle to switch between them. If you are watching a sports game with cable but you want to switch to Netflix to watch a movie, you have to change the inputs on your TV and (if applicable) your surround sound. And if you would ask my parents to do that, they’d rather do open heart surgery than learn how TV inputs work.

Over the past few years Fan TV has designed and built a product that should remedy these issues. They have made their own set top box that connects straight to the internet and will allow you to run both cable and streaming services off one box. Not only will this make switching between the two much easier but it will also give you the ability to only have one box next to your TV. Another one of the company’s goals is to make finding programing easier. If you think about how cable companies have their channels set up now, it is just organized by a giant list of channels that you have to scroll through to get to the channel you want to watch. With Fan TV you can set it up like that, or more how Netflix and Hulu do it, which is sorting based on programming. Also if you were watching normal TV and wanted to switch to Netflix, the transition would be seamless.

The biggest hurdle that faces Fan TV is if they can get the cable companies to provide an internet stream of their content. They have not announced who their partners might be but I think it is in the best interest of the cable companies to adopt something new and fresh since they have had roughly the same type of box for the past 10 years, while their streaming competitors have been innovating much more.

Obviously one of the biggest indicators of quality is customer specifications and one of the qualities that customers look for these days is innovation. Clearly over the past 10 years the TV landscape has changed dramatically and it has been the new streaming services that have been the biggest innovators. Hopefully Fan TV can work with the cable companies to solve this issue and become more appealing to their demanding customers.

Do you think that cable companies are lacking compared to newer streaming services?

Do you think something like Fan TV could help keep cable companies current? Sources: 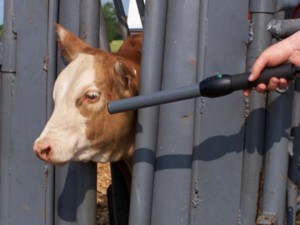 Do you ever wonder where the meat of that burger you’re about to bite into came from? Personally, by the time the food is ready to eat, all I am thinking about is what is the fastest avenue for the hamburger to get from the plate and into my belly!

With the increase in availability of radio frequency identification chips, the cattle industry has taken upon itself to create safety measures for tracking specific cattle information. Some of the metrics used are age, weight, and even what the cattle eats. This saves a significant amount of time compared to not using RFID chips because before the farmers or slaughterhouse would have to manually look up that information. This is also all dependent if they wanted to have that information. One of the more impactful attributes is being able to track mad cow disease. In the past, if a cow was found to have the disease, the Animal and Plant Heal Inspection Service would just be able to track the cow to the livestock farm where it was raised, and then the entire herd of cattle would be put down. With RFID chips in each cow, they can track the cow’s lineage, resulting far fewer cows being put down which saves the farmer a significant amount of investment.

With all of the advances and easy of use with RFID technology in cattle, most farmers are still quite skeptical about implementing it. Right now in the United States, only 10 percent of farmers actually take advantage of RFID tagging for their cattle. This is because most livestock owners have roughly 100 cows or less so those famers do not see the need in going through the hassle of setting up a RFID system. To effectively run a good tracking system one needs to purchase and setup the chips, scanners, specialized software and a computer to run that software. Also a farmer needs the time and training to input and analyze the data. So a proper system might me more suited for farms with over 100 cattle to keep track of. It is also important to mention that mad cow disease is still an extremely rare occurrence and RFID chips cannot help prevent the disease it just makes it easier for the farmer to find the source, so it might not be worth the effort.

With this ability to track cattle data, farmers can more accurately forecast when cows will be prime for the slaughterhouse as well as save time in tracking data over the years. Vital Herd, one of the nations leaders in cattle tracking, says it can save over 4 million cattle per year by intensively tracking diseases among cattle which will be beneficial for all farmers in the end.

With the buying and selling of meat in this country being a massive industry, do you think there should be a federal mandate to use RFID tracking to more safely track diseases?