It’s beginning to look like Tesla Motors’ CEO Elon Musk’s vision of becoming the world’s first mainstream electric car manufacturer is coming to fruition.  “Tesla” has been the top buzz-word in the news covering financial markets for the past few weeks now, and it has not been losing any steam, especially following a 99% rating by Consumer Reports on its Model S.  Tesla stock has already soared by nearly 175% this year.  Due to Tesla’s successes, both investors and consumers are gaining more faith in Tesla and its products.  Along side its stock price, Tesla has also been experiencing increases in sales after winning Motor Trend’s Car of the Year Award, and introducing its own financing program in a partnership with Wells Fargo.

The successes of Telsa Motors is proving to be too much pressure for the conventional car dealership, indicated by a proposed North Carolina bill to ban Tesla Motors galleries in the state.  Unlike car dealerships that make their profits by purchasing their cars at wholesale prices from the manufacturer, and then marking up the prices for the ultimate consumer, Tesla uses a direct-sales method to get their consumers behind the wheel of their machines.  The bill, which has just passed the state Senate, would ban manufacturers from selling their cars without going through a dealer.  Now, if you want to purchase a Tesla car, you can go to their gallery showroom, meet with a representative, choose your configurations, and make the purchase on-site through their website. There are many reasons why these dealers might be pushing for the Governor’s signature on this bill, but I am confident that it has nothing to do with simply playing by the same rules that other dealers are playing by.  Currently, in North Carolina, it is already illegal for an automobile manufacturer to sell their cars without doing so through a dealer, so what would this bill change?  Under current legislation, Tesla still has the criteria of being considered as a car dealership.  The bill would declassify Tesla as a dealer, since it prohibits manufacturers from making sales “using a computer or other communications facilities, hardware, or equipment”.  Tesla is the only manufacturer that uses this as their sole method of selling cars.

Tesla’s products aren’t the only revolutionary aspect of their business.  This buying experience eliminates the need to sit at a dealership for hours, trying to get the price of a car down to a reasonable number, while the salesperson makes multiple runs to the coffee machine, AKA “the manager” during negotiations.  Instead, you go to the showroom, sit in the car, choose your options, and place your order.  Whatever price you pay at the showroom, is the lowest price you’re going to get. No haggling necessary. Is this simply an effort by conventional dealerships to rid Tesla of its competitive advantage, or is it a sign of their hope to have Tesla models in their own lots, and cash in on their growing successes? 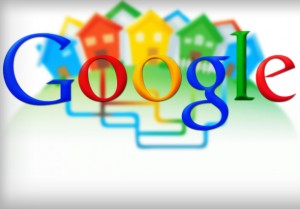