Recently my family and I have been looking into purchasing an affordable compact SUV. According to my dad, since the 2014 models are out now the 2013 models are most likely to drop in price. However, after I did some research online it is forecasted that the best time to purchase a car is during the winter when people are least likely to purchase a car therefore, causing a drop in the prices of vehicles. Regardless, we still pursued on purchasing a new vehicle. So we browsed online to see which vehicles were considered to be the top affordable compact SUV. I landed on the website the U.S. News Rankings and Reviews that listed the top 10 affordable compact SUVs of 2013. As a consumer, I personally focus more on the exterior appearance of the car before looking into the mechanical side of it. After looking through numerous vehicles, I finally set my eyes on the 2013 Mazda CX-5 which was ranked number 2 on the list. When I looked into the pros and cons of the vehicle I noticed that the engine on the 2013 model was lacking because it had a 2.0L engine which made it slightly under-powered as compared to the other compact SUV vehicles. Many consumer reviews that I have read have mentioned about the under-powered engine which made it a disadvantage. In class we learned about the use of the quality function deployment and based on the consumers wants the company will make the product accordingly. So when I looked into the 2014 model of the Mazda CX-5, I noticed that they changed their engine from a 2.0L to a 2.5L which is the standard engine on a Compact SUV. Therefore, Mazda has identified the customer’s wants and has made the adjustments onto the 2014 model. However, now that the 2014 model has came out the complaint from consumers is that the 5.8 inch touch panel screen is too small compared to other cars that has a 6-8 inch screen. I believe that the 2015 model of the Mazda CX-5 will have a larger screen panel in response to the consumers demand. As we have learned in class, as time progresses the company makes slight advancements and additions into each of the models and not all at once. First it is due to the consumers demand and second to keep the consumers wanting the most recent and updated technology. Therefore, allowing the company to generate a profit and to continue adding on to the existing product line.

Do you think companies leave out some specs or features on the product just so they can put it into the next model they come out with in order to generate profit in an existing product line? 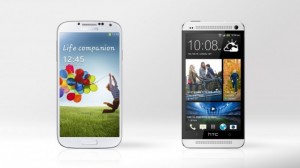