How satisfied would you be if you compared the time you spend being productive on the computer to the time you spend distracted on the Internet or other computer programs? Auto-analytics is new technology that allows individuals to track daily activities and collect data. The technology can be especially beneficial if used in the workplace. After analyzing and collecting data, the employee can use it to improve his or her performance at work. This technology ranges from computer software and smartphone applications to wearable gadgets. The information gained from this technology gives employees insight on the factors that affect their productivity at work.

Auto-analytics are being used more frequently in the workplace. For example, a software called RescueTime can measure how much time you spend on a window on your computer and how long you are idle. The collection of data is then transformed into charts, so that you can readily see your productivity. The software also allows you to set alerts to help you stay on task. An employee, a programmer, believed chatting online was distracting him during work. The employee looked at how much time he spent chatting online during certain times and then looked at how much coding he wrote during that period. He found that the more he chatted online, the more coding he wrote. Chatting with colleagues actually increased his productivity, which he may not have known without using this technology.

Another program is called Luminosity, an online system that has games employees can play during their free time at work. The games can improve memory, thinking speed, and improve problem solving. Employees can play games that focus on specific skills or abilities that they believe need improvement.

Wave2 is a tool that monitors your pulse. Employees can use this to see what situations cause anxiety and increase their heart rate. The program can also recommend ways of reducing stress and anxiety, such as breathing exercises that can reduce heart rate during stressful situations.

Although these programs can be beneficial in a work setting, as mentioned by Wilson, “many workers might be reluctant to track what they do if they think the company might get access to the information, or use it against them.” Management can emphasize that the software often has privacy controls. Employees may also be more likely to use the new programs if they understand that it is intended for personal use and may not be monitored by the company.

Would you be willing to track your activities using these new programs? Do you think many employees would be reluctant to try it? Do you think these programs will significantly improve job performance? 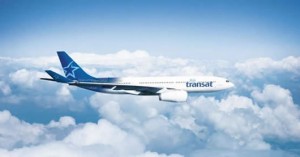 Airlines are often seeking ways to cut costs. A Canadian airline, Transat, is implementing new changes to their airplanes, which aims to lower overall costs. One of the ways an airline can lower costs is by reducing the weight on airplanes, which ultimately lowers fuel costs. Transat plans to use slimmer seats to reduce weight on planes. “We can’t say it’s more space, but it’s a better experience,” says Joseph Adamo, the vice president of marketing. The seats will be using less cushioning and material, which will make the seating roomier.

Aside from the seat changes, the airline is also adding new entertainment systems, which will replace its outdated systems. They will be adding touch screens so that passengers can easily enjoy movies, books, and games. Transat will also add LED lighting inside their planes that can switch colors. All changes will reduce plane weight by about two tons, which will result in about $300,000 savings annually, per plane.

Transat is hoping to increase profits this year in order to stay competitive. Some of their competitors include Sunwing and WestJest Vacations. Transat had a difficult year during 2012 due to customer discounts significantly reducing their margins.

In 2012, because of financial problems, employees delayed wage increase payments. Staff also recently planned to eliminate one flight attendant on planes in order to increase savings. Additionally, Transat reduced their number of routes, which may be a poor decision considering summer, a popular travel season, is approaching. However, Adamo says Transat is still attractive to consumers because they offer direct flights from many Canadian cities to 28 destinations in various countries. There are no layovers due to their direct flights, which means there is no lost baggage and passengers can get to their destination quicker, according to Adamo.

Eventually, Transat plans to reduce its number of planes from 21 to 16. Transat is taking measures to reduce costs. They are doing this in a way that does not negatively affect passengers’ experience; in fact, it may improve their experience. This strategy seems to be an effective one because they are trying to provide the maximum value for customers.

Transat is making changes to their service in a way that benefits not only the company, but the consumer, as well. After a difficult year in 2012, they must also be seeking a competitive advantage. Transat is bettering their service so that they can stay competitive and keep up with other airlines.

Should Transat be adding new technology even though they have been struggling in the past few years? Should they focus on other ways to significantly cut costs? Will making many changes alter the experience for passengers? What else can Transat do to gain a competitive advantage?