When you were younger, did you ever try and build an entire house? Not to brag, but I certainly did at age five. When I was especially bored, I would try to construct a towering skyscraper. I would even go so far as to assemble a car for a building resident, whose smile seemed to imply complete satisfaction.

How did I accomplish such daunting tasks at a young age? With a little creativity…

…and a bunch of Lego bricks. 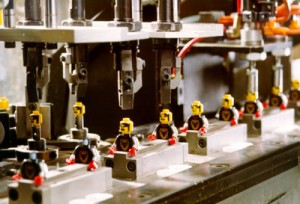 The Lego brand is known worldwide for its ingenious building sets and for fostering children’s imaginations, and it all starts with standardized blocks connected together by miniature knobs. Yet as simple as this may sound, a lot of work goes into ensuring that these small bricks are produced to the highest degree of quality.

According to the company’s profile, Lego bricks are manufactured through a molding process, where ABS plastic is heated and injected into standard molds and left to cool for about seven seconds. The molds are extremely accurate in that they only allow for a natural variation of 0.001 millimeters in each brick, to ensure connectivity. Nevertheless, the entire molding process itself is so precise that there are about 18 defective bricks in every million produced. And if you thought that was crazy, the company ensures that “all Lego elements are fully compatible, irrespective when they were made during the period from 1958 to the present or by which factory.” Talk about extreme quality control!

Forbes recently interviewed Lego’s Senior Vice President for Engineering and Quality, John Hansen. The interview provided insight into the company’s unequaled level of quality, which allowed them to increase brick production from 25 billion in 2008 to 45.7 billion in 2012.  “We have the same quality standards all over the globe,” he says, which explains their uniform and consistent products. Hansen also states that their production facilities put each element of a Lego set (from the bricks to the instruction manual) through rigorous tests to make sure that they follow company, consumer, and international standards. As if this weren’t enough, Lego also looks for new ways to improve their production process from both a business and environmental perspective. They are currently working on searching for new ecological raw materials and refining their product packaging to reduce waste.

I think that other toy companies need to take Lego’s quality standards into consideration in their operations. With product recalls or safety hazards being found in numerous toy products annually, it would not hurt for them to learn a thing or two from their design and production processes. It might even help to solve their product variation or defect problems given Lego’s track record; you don’t see many consistently produced superhero action figures as you do Lego bricks. Besides, why question a successful company whose motto is “The best is never too good”?

Do you think that other toy companies can follow Lego’s standards of uniform quality when it comes to manufacturing their products? Can they also be applied to other industries as well? 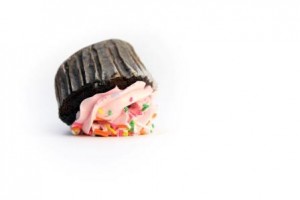