Abercrombie & Fitch has been affected by a dramatic decrease in sales in the US. ANF’s stock had once been gaining 20%, when the stock market barely moved. However, everything came to an end on May 24, 2013, when ANF reported its earnings. ANF’s store sales declined 17%. Their shares then went down 8%. Even though they reduced their loss to $7.2 million from $21.3 million, it completely blew Wall Street’s prediction of $0.05 loss per share.

What could be the cause of these huge losses that Abercrombie is facing? Is it the result of CEO Mike Jeffries’ comments that resurfaced recently from a 2006 interview, on how the Abercrombie and Fitch brand don’t carry plus sizes for teens, because the brand exclusively only goes after the cool, good-looking kids? Or could there be something more?

Well, it turns out that Abercrombie started declining before the CEO’s comments reemerged this year. Even though there has been a lot of consumer out lash at the company, the CEO insists that the main problem facing Abercrombie is inventory shortage issues. Abercrombie hasn’t been able to bring in their spring merchandise quickly into the stores, compared to most of their competitors like H&M, who believe in fast-fashion. To gain a competitive advantage and to get back on their sales track, Abercrombie is changing the way they order their inventory, for a quicker turnaround. The CEO stated that most of their inventory issues have been resolved now, however, their sales profits forecasts has been lowered for the rest of the year, compared to previous years. With the company operating 1,053 stores currently, they also predicted to close 40 to 50 stores in the United States. Abercrombie has been acting really quickly on addressing key issues throughout their company to get their profits back up.

In class, we learned about the ten critical decisions which includes inventory management, then we learned about ethics and social responsibility and finally forecasting. Abercrombie’s situation ties in all of these things we’ve learned and teaches us how important these factors are in a business. The company is now dealing with their losses and their shares plunging, just because of the inventory issue. Another issue, I think they’re facing is the social media. As a reputable company, they have a social responsibility to respect all of their customers. Ever since the CEO’s comments appeared in the media, many people have been fighting against Abercrombie (Examples: A man donating Abercrombie clothes to homeless, a plus size blogger posing in similar Abercrombie ads, a teen activist who petitioned for an apology from the CEO with 68,000 signatures). Do you think that Abercrombie is dealing with these losses solely because of their inventory management or because of the recent outlash at the company? Also, will Abercrombie  remain confident in their solid brand equity, when its competitors like H&M, American Eagle, and Aeropostale are attracting teens with their prices and fast fashion layout, bringing in new merchandise to the stores more often?

Would you rather go to Best Buy or shop online for the best deals? Most of us have become so accustomed to shopping online in the comfort of our own time and place. The internet has become a life saver for people who don’t know much about technology, in helping find out more information about products and finding the best deals. So, then why go to Best Buy? Best Buy is relying on an employee who worked there for 26 years to help the business fix one main problem that has been bringing the corporation down tremendously, it’s customer service. Shawn Score, Best Buy’s senior vice president of U.S retail agrees that when it comes to customer service, Best Buy has let go. This is a big issue for Best Buy, mostly because 90% of its revenue comes from the stores. 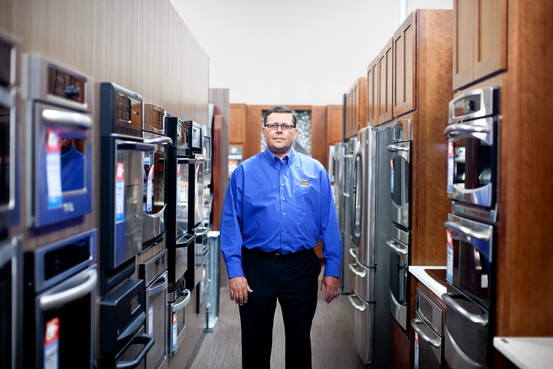 Score says he has a white binder on his desk with a list of “pain points” which catalog some of the main reasons why customers walk out of Best Buy: uninterested employees and out of stock items. Ever since Score was approached by Chief Executive Hubert Joly, he has been improving the stores with the lessons he’s learned from running Best Buy’s small mobile outlets.

Some of the things that Score has been changing in the stores are mainly for the employees. He’s encouraged more sales training so that the employees know a lot more about the products they’re selling. Score began an incentive pay to reward workers for increasing sales and customer satisfaction. He made sure that managers also schedule employees accordingly, so that the most experienced ones worked on the weekends when the stores are the busiest. These fixes have decreased Best Buy’s loss to a certain extent, from $1.82 billion last year to $409 billion in February 2013.

These numbers might look promising for the future, however in the long run, there are many customers like John Hopper who no longer rely on the advices of Best Buy employees for things he needs to buy. Hopper has turned to the internet for his research purposes. According to Best Buy, 20% of electronics are bought online. This might seem like a small number but when Best Buy faces its online competitors who don’t have high operating costs because of labor and leases, it is a big deal.

Score is attempting to bring more customers into the store and actually make a sale. While, the sales rates haven’t improved, their customer service scores have gone up. Best Buy has also doubled its shares but is this enough for Best Buy to make a comeback? Best Buy has to take a lot of things into consideration at this point. In class we’ve learned about the ten critical decisions such as inventory managing, human resources, intermediate and short term scheduling. Will Best Buy be able to make strong decisions for the future? Do you think that they’re on the right path, considering that their customer service is improving or will online shopping take over?