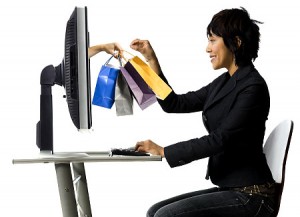 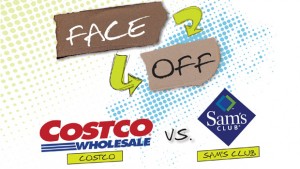 Is buying in bulk really more cost efficient? Yes and no. Whole sellers like Costco and Sam’s club sell their products in bulks to their customers.  Both Costco and Sam’s club give out the idea to the public that if they buy in bulk, they are saving money. This is not necessarily true. It depends on what you are buying.

For example, Produce is a “do not buy”  in bulks for obvious reasons of course.  How long would it last you? It would go bad and end up in the trash if you don’t use it up quick.  But frozen foods and meats are products that you should buy in bulks.  It is more cost efficient to buy them in large quantities and it will last you long.  The disadvantages of buying in bulk and being apart of the wholesale clubs is the annual membership fees. It also easy to get carried away and go over your budget when you are buying in bulk. Expired shelf life can also be a disadvantage. But despite the disadvantages, whole sellers manage to attract people to them. This is because of the savings in buying in large quantities and having to make less shopping trips, which overall saves you time and transportation costs. The savings are the main reason as to why Costco and Sam’s club are so successful.

Now whether Sam’s club is a better whole seller or Costco is the question. Each of them have different management techniques.

One of the critical decisions in Operations management is the location. Sam’s club is located in areas where people have to budget shop while Costco tends to be located in the wealthier suburbs. In terms of managing quality is concerned, Costco provides better quality   and less selection in their management techniques while Sam’s club offers more selection in their products but with lower quality.  Hence, why Sam’s club is a better place for most everyday necessities such as toilet paper and water bottles in which brand name does not matter. But, Costco is better for those looking for better brand names such as in clothing.  It is also proven that Sam’s club membership fee is cheaper than Costco’s. Costco pays their employees more and that actually effects the environment in the store. If the employees are getting paid well, they will have a better work environment with less stress; therefore providing better customer service.

Overall, I prefer Costco over Sam’s club. This is because of the excellent customer service they provide. Management is excellent at choosing their employees and providing a good environment. The greeting workers that provide samples of products during the shopping experience is a plus point for Costco. Although the membership may be a little more pricey then Sam’s club, the products at Costco are much better in quality which is more important to me.

Would you prefer to have a membership at Costco or Sams club and why? Overall, is it better to buy in bulks?