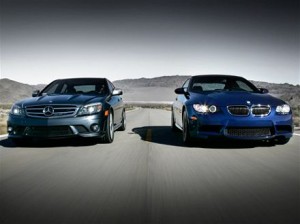 Aside from these three automobile manufacturing companies designing and building fast cars, BMW, Mercedes, and Audi also make up a significant portion of the luxury car market. Luxury cars are regarded as the highest quality of mass produced automobiles and thus can be identified as product-based. These companies consider quality to be one of their highest principles as evidenced by BMW’s slogan “The ultimate driving machine.” They care about every measurable detail and the best way to ensure their customers superior quality. These companies have been able to maintain their reputation as the top manufacturers and have been in a fierce competition for the luxury car market share.

The luxury automobile market has expanded in recent years due to increased demand around the globe, but specifically the Chinese market. This has spurred success for luxury cars and has created a desire for more products. These companies therefore have the responsibility of taking action to fulfill the demand and seize the chance to increase growth and profits. BMW is the largest producer of luxury cars currently, however in the third quarter of this year, BMW did not meet the sales growth of its German counterparts. While BMW’s deliveries rose 5.8% from last quarter, Audi saw a 7.2% increase and Mercedes saw a 9%.

After thinking about the importance of quality with the models of these three companies coupled with their contest for the luxury car market, specifically in China. I was curious as to whether or not any of these three companies were concerned with the any of the quality awards or in accordance with certain certifications that were discussed during last week’s online session. After further investigation, I found that BMW is the only one of the three that maintains all the quality management systems at their production facilities in accordance with the standards of the ISO 9000. This helped me understand why BMW is the largest producer of vehicles averaging more than 80,000 more vehicles than its competitors this past quarter. As we discussed, two of the standards of the International Organization for Standardization are to enhance quality and reliability at a reasonable price and increase distribution efficiency and ease of maintenance. These qualities may be the reason why BMW may maintain its position despite outside factors like “Audi push(ing) ahead with a program to invest 22 billion euros ($27.5 billion) by 2018 and Mercedes expand(ing) with vehicles like the upcoming M-Class coupe.” Due to their ability to fulfill their customers needs and maintain and high functioning quality management system, I think they may be able to preserve their position as the biggest manufacturer. 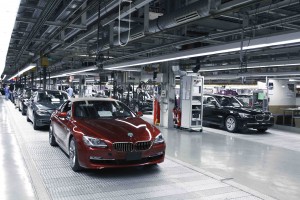 This article also made me think about my work within the construction industry and how buildings are inspected to ensure that the quality is up to the standards of the building code. However, there are certain certifications like LEED, which means the building conforms to detailed guidelines and is an exemplary example of a sustainable and energy efficient building. These structures are known for their quality and ability to lower costs, undercut minimum codes, and provide for further sustainability. Whether it is a quality management standards or a certain certification excellence in class always seems to it manifest itself differently in varied industries.

1)   Do you think that BMW should be worried about Mercedes-Benz and Audi overtaking them as the biggest manufacturer?

2)   Is it worthwhile for Mercedes-Benz and Audi to work towards quality management so that they satisfy the standards of a program like ISO 9000?

3)   Do you have any experiences with an award for quality in your line of work that shows that recognized products are indeed exemplary? Or maybe not?

These past few years have been particularly tough on the automotive industry in the United States, for each one of the “Big 3.” In addition to ripples that are still being felt by Chrysler Group LLC and General Motors, in the wake of their $85 billion dollar government bailout in 2009, both of these companies have gone through some major changes in the past five years. Chrysler Group LLC has now officially become a subsidiary of the Italian automaker Fiat under the name Fiat Chrysler Automobiles. This major merger of two of the largest automobile manufacturers in the country is not the only challenge that the Big 3 have had to face in recent years, as General Motors is still dealing with the fallout of their ignition switch problems, which has been linked to at least twelve deaths on the road and has led to many lawsuits that General Motors now has to defend against, as well as two congressional investigations.

Yet, however bleak the recent years have looked for the automotive industry, it seems that there may be some hope for these corporations to regain some ground. In last Thursday’s Wall Street Journal, an article stated that U.S. consumers are contributing to renewal with their refreshed taste for sports utility vehicles and trucks. I found this surprising because just a few years ago, the U.S. automotive companies were being chastised for their dependence on the sales of these vehicles. But now, just last month there was an astonishing 9% rise in sales compared to this time last year, largely due to SUV and pickup sales. The exception is Ford, who just recently changed their truck lineup, which went in the opposite direction of the rise other companies enjoyed. It was here where I began to see the parallels between our operation management class and the actions of these companies in the wake of this rise in sales.

As any company whose main business is the sale of higher valued products like cars, it is only natural that these firms would begin to perform demand forecasts so that they can attempt to predict the increasing sales in the coming months. In this example of SUVs and pickups, the product life cycle is an important facet, since the models and designs of vehicles seem to change every few years.  And now as these redesigns of models hit the markets as we transfer into 2015, these goods are in the midst of the growth portion of the cycle, making it essential for them to develop an effective short-term forecast. An appropriate forecast would allow them to modify their capacity if necessary for the remainder of this year. Also an effective forecast will help them determine if changes need to be made, as the product life cycle of vehicles is fairly short lived, due to the fact that new concepts and designs come out every few years.

What kind of effect do you think that the recent changes in the American automotive industry will have on their sales?

Do you think that a rise in one month’s sales compared to the past year’s numbers constitutes enough change for an optimistic forecast?

What do you think is the best way for the Big 3 to become more successful in automotive market?