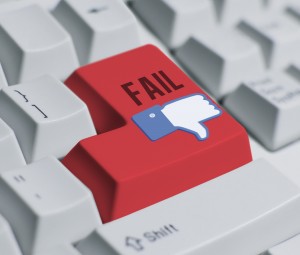 2- You can’t escape the project triangle even if you’re an executive
We know the triangle constraints which are time, cost and scope. Also, we know that we cannot change one of these constraints without affecting the others, for example, changing the scope will affect the cost and time of the projects. Changing the project scope by adding additional work to it should be in the initial stages of the, otherwise it will have a huge impact on it in case of it become in the final stages.

3- Project heroics only lead to project failure
Projects need to be done as a team there is no one person can deliver the full project, relying on one person will guide the project to the failure path.
The inspiration of the team work should be there between the project members, everybody should feel of it, and they might work together and trust each other to achieve the goals.
During the project lifecycle, there will be success and failures but if we do monitor and update the project with reference to our initial plan it will be easy to find the issues and the problems; so it can be corrected and solved at the proper time, and be able to catch up the project and finish it successfully.

I had been working in a project which falls behind schedule due to the lack tracking of the progress, since the project manager was focusing on bigger projects ignoring that small one, and that was a major cause of the project failure.

Our project was about recycling plastic for charity. We worked with Bahrain Association for Parents and Friends of the Disabled as this project was already initiated and ran by the Association to use the revenue to buy a wheelchair for a child in need. Our main objectives were to raise awareness about this project and encourage people to make long-term commitment to contribute.

We set out with two main objectives for our project, including:

1-     To create and / or increase awareness about Bahrain Association for Parents and Friends of the Disabled activities towards securing 21 wheelchairs for those in need.

2-     To collect as much plastic as possible to sell and recycle in order to provide the monetary proceeds to the Association for buying the wheelchairs and donating them.

Initially, we reached our target by collecting the two tons estimated. Subsequently, we exceeded our target and collected three tons in accordance with our best estimate. Therefore, within a period of three weeks which includes planning phase, we were successful in achieves around 100% of our target.

We used different methodologies to approach our objectives. We had contacted all our family members and friends asking them to be part of the project. This was the most successful method which contacting people face-to-face, the second best method was circulating a message (bilingual) Arabic and English through social media to our contacts, we were thrilled with the responses we got. Lots of people approach us informing that they already collecting plastic and they request us to cooperate with them to pick it up. Also some people approach us that they would like to donate the full amount of a wheelchair, which was unexpected.

A few recommendations and words of advice that we would like to offer future teams doing similar projects are as follows:

Lack of space for collecting and storing the plastic was a challenge. At the same time, because plastic is light in weight. It took lots of space without generating much money for donation, our advice in this case to make sure enough space and storage places are available in which to collect the materials chosen.

Another challenge we faced was coordinating with the different venues to provide us with their used plastic waste. The reason for this was the lack of convenient drop and pick up points. We recommend that where needed, proper channels of delivery and transportation are prepared before pursuing a similar project.

A different difficulty that we faced is the limitations in time frame, thus, a smaller objective or more time added would have enhance the results of this project.

Other hindrances to fulfilling the associations ultimate goal of buying wheelchairs for the disable include lack of sufficient publicity for their goals, as well as, limited resource availability in terms of moving and picking up the plastic from various areas around the country. Hence, these points must be thought out and addressed prior to deciding on a similar project.

Finally, the challenge of maintaining long-term commitment by the people is another concern that remains. Continued commitment by people for charitable projects can’t be guaranteed but for such a goal, continued repetition and awareness of the association’s aim in needed.

We learned from this project the following:

1-     Even the best laid plan with details there will be always some deviations that exist that why we need to update the plan and accommodate the changes accordingly.

2-     It’s not easy to plan a project with no prior experience, because there will be unknown variables that will appear during executing the project.

3-     Problem solving in practical, where we faced lots of problems and we came up with solutions.

4-     Communication with others is a main obstacle and its need a special skills where we could learn it during handling this project. 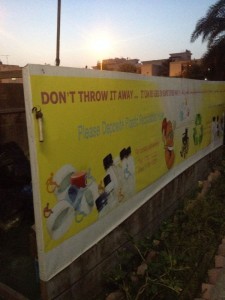 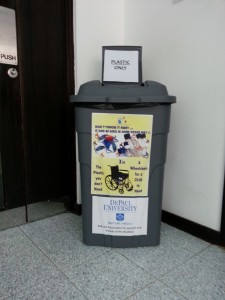 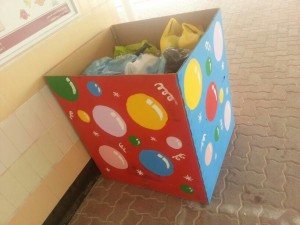 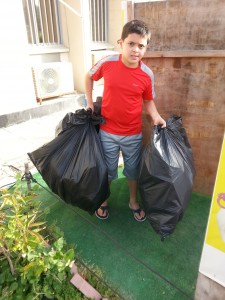