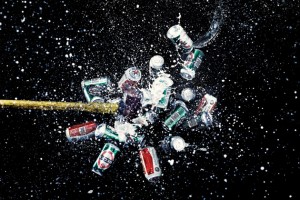 As many people know Annheuser-Busch merged with a Brazilian company named In-BEV, now known as AB InBev and people are starting to question the beer industry. AB InBev now controls 48% of the beer market and 68% in Brazil alone. So what is the issue? The distinct taste of American beer is now being produced with many foreign beers. Since the merger Ab InBev has moved production of many beer plants to right here in the U.S. That is good for workers here in the states but not necessarily for the avid Budweiser drinkers. Many people have complained that the beers are becoming more bland and not as tasty. In the article a Beck drinker for 25 years went and bought a 12 pack and said the beer just didn’t taste the same. After further inspection the German beer “Becks” was now manufactured in St. Louis, Mo. AB InBev has seen beer sales drop for many of their beers but they are still profiting as a company. The new manager of the firm, Brito, is making all sorts of cut backs in the company and as well as in the production of Budweiser. Budweiser has always boasted about using whole grains of rice in their beer and now the quality in the rice is the most important part and it doesn’t matter if it is whole or broken grains. He is also cutting off suppliers which have been used for over 25 years. These cutbacks are shutting down businesses and changing the beer industry as well as the beer itself. I understand making cuts to make a profit but is it truly ok to modify the beer which has been loved by the public for decades?

I do not believe it is ok, unless the public is made aware of the changes taking place in many of these breweries. If the customers continue to buy Ab InBev’s products and taste a difference should they not be informed?  These modifications may not be noticeable to the once in awhile drinker… but it definitely will be to the loyal consumers of Budweiser. Modifications to this beer will also mean modifications to other American beers will occur as well, eventually altering the American beer market forever. Brito, the managing director of the company, will not comment on any of the changes and refuses to give any interviews.

To add insult to injury Brito has also raised the price of Budweiser and Bud Light, seeing how they are the most popular American beers right now. The price increase has slowed sales in 2011 by 3% and Bud slipped by 13%. Many researchers said it is not unconstitutional to make a profit in any company and Brito has done a great job of doing that, but it maybe un-american to modify a beer that has been iconic in the American culture for years now. 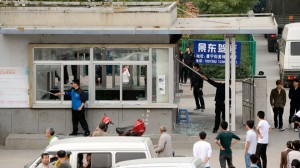 As of right now the chinese factories seem to be back in operation, but if costs continue to increase we could see the production move closer to home. END_OF_DOCUMENT_TOKEN_TO_BE_REPLACED